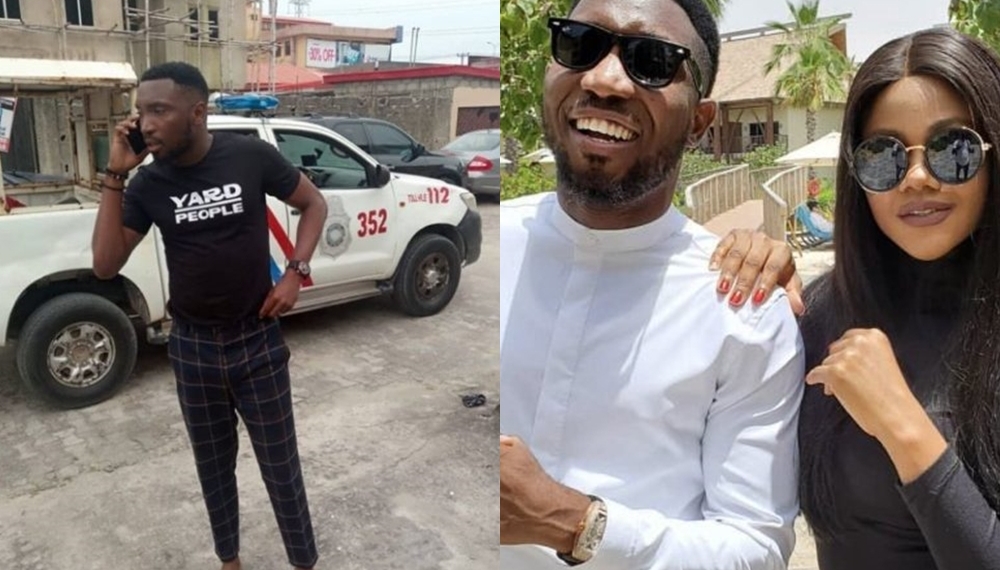 The Nigerian Police Force has replied the public, first lady and Busola Dakolo over attempt to bring the couple in, most importantly Busola Dakolo to the police station for questioning in relation to the investigation on the rape case petitioned by Busola Dakolo.

The operation was not successful as the Dakolos quickly engaged their social media prowess in ensuring that every move of the police was covered and streamed to their millions of followers, before the police men voluntarily departed their location.

You can read the press release from the Nigerian Police Force below:

In reply please quote
Ref No. CZ.5300/FPRD/FHQ/ABJ/VOL.2/59 Date: 20th July, 2019
The Director of News
PRESS RELEASE
POLICE CONFIRM INVITING BISOLA AND TIMI DAKOLO
*Reassures Citizens of its Commitment to Justice
The Nigeria Police Force is confirming that its operatives today, 20th July, 2019 served official Invitation Letters on Bisola and Timi Dakolo. The invitation is sequel to an on-going police investigation touching on the wider and highly publicized case involving Bisola Dakolo, Pastor Biodun Fatoyinbo and others.
It is important however to note that a Police Invitation Letter is not synonymous with a Warrant of Arrest, and must not be construed to be one. Rather, it is a polite investigative tool used in eliciting information voluntarily from parties to aid police investigations.
Members of the public should see it as a legitimate act in line with the constitutional mandate of the police, which among other things include the investigation of all complaints brought before it.
The Inspector General of Police, IGP MA Adamu NPM, mni has appealed for calm, and is reassuring Nigerians that the Police Force under his watch will remain professional, impartial and unreservedly committed to the pursuit of justice in this case and all other cases before it.
DCP FRANK MBA
FORCE PUBLIC RELATIONS OFFICER
FORCE HEADQUARTERS
ABUJA