The accusation levied against COZA’s Biodun Fatoyinbo by Busola, wife of Gospel singer, Timi Dakolo seems to be gaining grounds as reactions keep coming up.

Yesterday, July 20, 2019, the news went around that some policemen from Abuja tried to arrest Timi Dakolo at his Lagos residence. In fact, the celebrity singer shared a photo on his social media page and revealed that the men were also armed with guns. 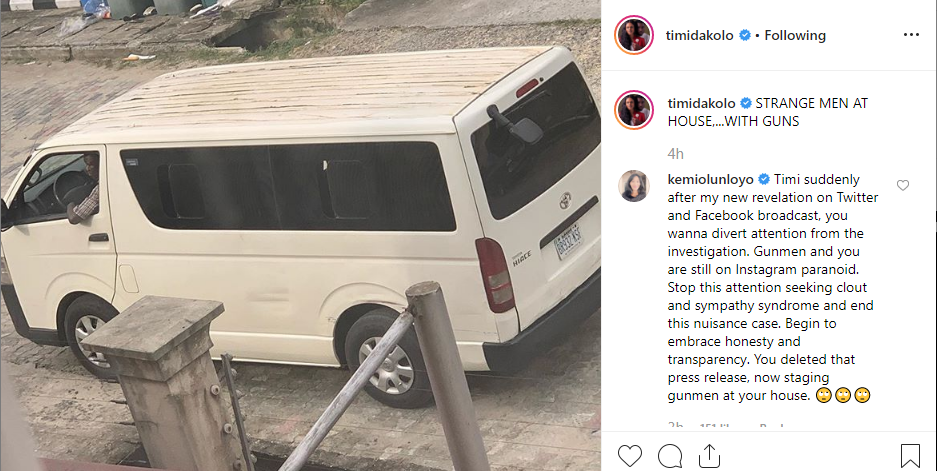 Nigerians and celebrities immediately started speaking against this act and reassuring Timi Dakolo of their unwavering support for his family. Notable among these celebrities is Kate Henshaw.

God is not a money doubler – Timi Dakolo tells followers to…

The stunning veteran actress who turned 48 a few days ago took to Timi Dakolo’s page to condemn the presence of the Abuja policemen allegedly sent by Biodun Fatoyinbo. She boldly stated,

“Even the ‘strong man’ will be brought down!!”

“All your underhand comments do nothing to me… you should know I don’t give 2 Fs!! This is about the Dakolos. If you have issues with my comment, put up yours or else go book a plot in the cemetery and lie down. Either way, it does nothing to me. You dig?”

As at the time of reporting, the comment which had gathered 139 likes and 26 comments seemed to be well received by Nigerians. 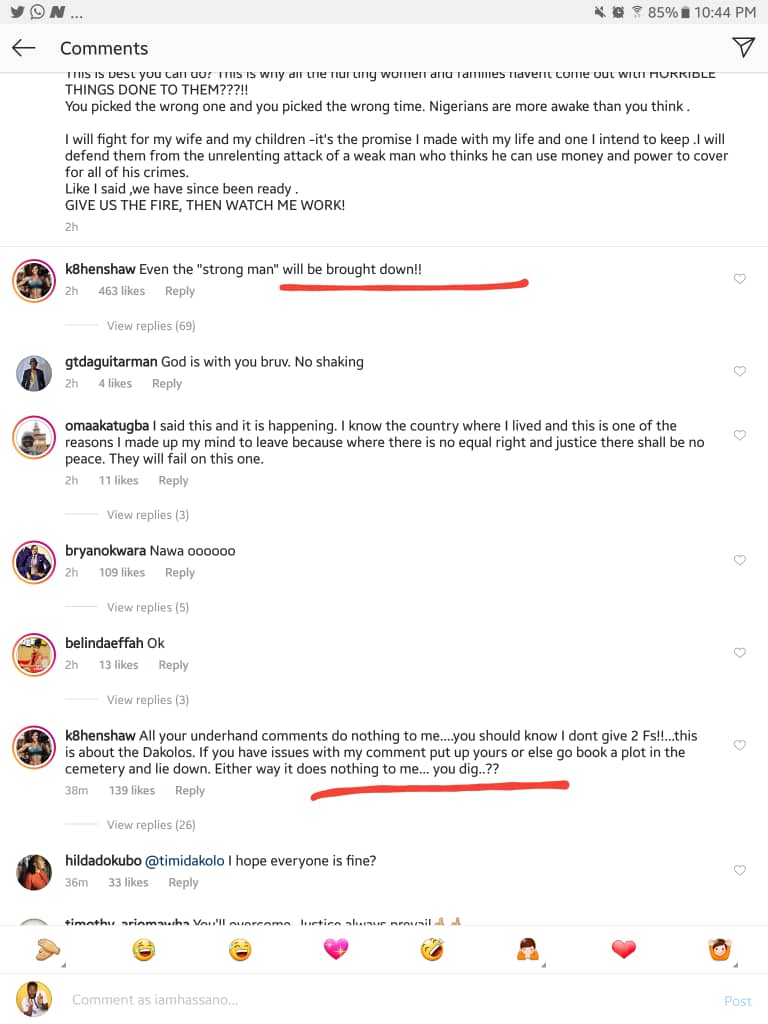 Recall that popular lawyer and activist Segun Awosanya, shared photos of the scene at the Dakolo’s residence and confirmed the rescue of the singer by men of the Rapid Response Squad (RRS).  The Rapid Response Squad (RRS) were right on time to stop Timi Dakolo and his wife, Busola from being taken by armed policemen to Abuja over allegations of criminal conspiracy, falsehood, mischief and threat to life.

Timi Dakolo shared photos of the petition sent by the Deputy Commissioner of Police, IGP Special Tactical Squad, Force Headquarters, Abuja Yusuf along with the men and vowed not to let them intimidate him.

I Have Made It In Life, Lady Reacts As Kizz Daniel Held Her Hand While Performing On Stage

Kate Henshaw calls out women who use bleaching cream on babies

Timi Dakolo Covers The Guardian Life, reveals his wife’s role in his music