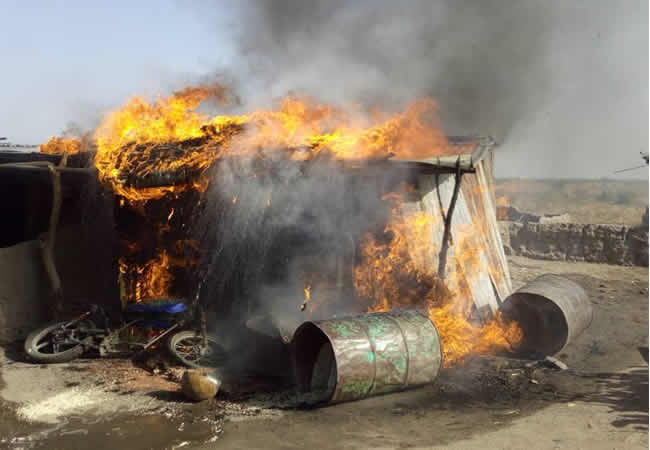 Four suspected kidnappers have been confirmed dead by Men of Taraba State Police Command in Bali Local Government Area of the state.

Spokesperson of the Police in the state, DSP David Misal, disclosed this while speaking with newsmen in Jalingo on Monday.

Misal said that the suspected kidnappers were killed in their camp located on the mountain top in Kungana area of the LGA.

“ The DPO of Bali received a tip off that the kidnappers who had been operating within the area were hiding on the mountains ; we quickly mobilised the Police and vigilance groups.

“ On getting to the camp , there was a serious gun duel which led to the death of four of the suspected kidnappers, ” he said.

Misal explained that a Dane gun , charms , pot of soup, solar panel and ammunition were recovered from the kidnappers’ den.

The News Agency of Nigeria reports that the incident happened in less than one week after the Command had constituted a Special Anti- Kidnapping Squad comprising operatives of the Special Anti- Robbery Squad and the Mobile Police Unit.