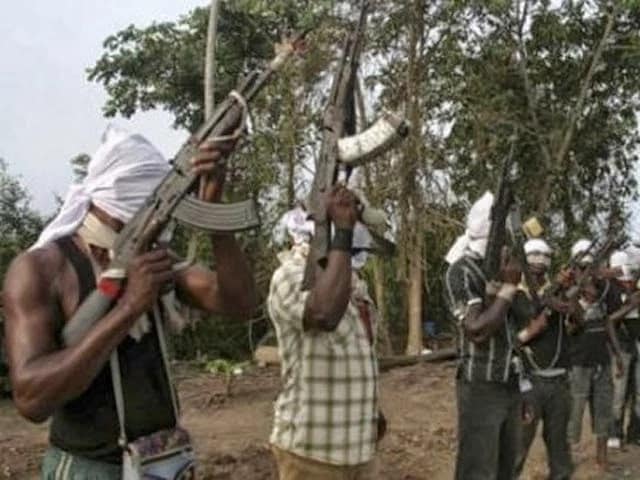 The suspect was reportedly arrested in an eatery in the town, where the victim had also gone to eat.

Speaking with journalists during the parade of the suspect alongside others by the Nasarawa State Police command, Jibrin said:

“I identified one of those who kidnapped me at an eatery. When he noticed me at the eatery, he immediately tried to escape while the food was being served.

“It was then I recollected that he was one of those that kidnapped me and I quickly alerted those within the vicinity and he was caught.

They released me from their den after my relations managed to raise N600,000 ransom.” Confessing, the suspect, Musa Adamu, admitted that he was among those that kidnapped the village head.

Muhammed, 28; Nuhu Muhammed, 38, and Hassan Zakaria, 20. The police commissioner added that the suspected kidnappers of the monarch were arrested in Awe town, with 11 SIM cards of different network recovered from them.

Meanwhile, kidnappers of the former Chairman of Akoko-Edo Local Government chapter of Nigerian Union of Local Government Employees, NULGE, Alhaji Jimoh Olumoye, are said to be asking for N10 million.

A family member disclosed, yesterday, that the suspected kidnappers called the family for the ransom despite appeals that he is a civil servant and be left off the hook. She said: “They called and allowed him to talk to us and they are demanding for N10 million.”