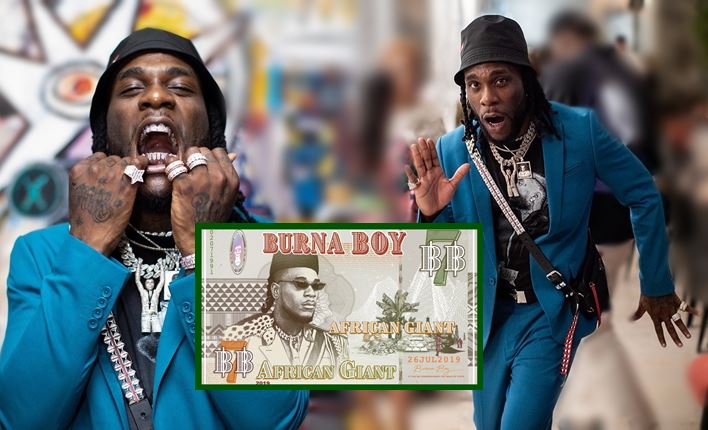 The arrangement of this album wasn’t well thought of, but the album is good and could be better

“Nigerians love me now because the rest of the world does” – Burna Boy said to a publication weeks before he released his album, but what he didn’t tell them was he just started genuinely promoting his music in 2017.

Back then, Burna Boy was the type of artiste to put out a song with no video, no radio tour, no social media presence and expect it to kick off because we are slaves to his music and have nothing else to do with our ears. When the likes of Davido, Wizkid, Olamide were going extra mile to even hosting concerts at the end of every year to crown their efforts, Daniel Ogulu was out there doing the easiest thing an artiste could do – put out music, forgetting post production is where the real work is done. If as a fan, I have to wait till it is weed time to have the patience to find your songs then you are the one doing something wrong. With that said, Our African Giant should stop guilt tripping us.  Like Burna Boy said “everything wey better require planning”

Fresh off getting the only solo record on Beyonce’s – The Gift album with “Jara Eh”, African Giant –  the 7th and most talked about project by Burna Boy is something that goes beyond a music album for a critic like me, it is a project about our identity as Nigerians, an album that makes you want to listen attentively not just dance, an album whose cover art will be talked about for years to come, an album that is meant to solidify Afro beats as a genre the world should reckon with.  With features from Grammy award musicians like Damian Marley, Angelique Kidjo, Future and other well-known stars like the beautiful Jorja Smith, gang gang Y.G, the ever versatile M.anifest, veteran Jeremih and Jamaican killer Serani, it was Burna Boy to the world.

It is the weekend, I have just downloaded on my Apple Music, headsets are plugged in, I have cleared my to-do list ready to bask in the wealth of the most anticipated album of 2019.

The first track African Giant plays and my face lit up as I hear one of the best use of African sounds by a Nigerian; a sound backed by cultural attachment, I am hooked already. This is the content I signed up for. To me, this is one of the best songs on the album. The familiar “Anybody”; Track 2 comes on and I grab my imaginary drumsticks ready to knack my imaginary friends something because why the hell aren’t they singing along.  Track 3 is on and it reminds me of Fela but this time more contemporary “wetin man go do” is very traditional with Burna Boy reminding us that men do everything just to survive and when the money comes, we should call our Azaman and just chop life before he chops you. Track 5 which features the beautiful U.K songstress Jorja Smith is an almost perfect blend of RnB and Afro-beats, Jorja could have done better or at least had a longer verse (if you have heard her album Lost&Found you’d be mad too).

“Gum Body” was one of the songs I was looking forward to, but trust Burna Boy not to disappoint, he killed the song effortlessly. Track 7, “Omo” is near misleading; is he trying not to give free advert to Omotola or get sued by the actress? Because I bet he said Omotola not Omo, but a surely better love song than Gum Body, a perfect ode to that independent woman out there.  Track 8, “Secret” which features Jeremih & Serani is the one of the few songs that the collaborating artistes outdid the African Giant, Serani did outrageously well on the chorus while Jeremih did nothing but murder to his verse. Another thing I noticed again was Burna Boy not giving enough time to his collaborators. Track 9 gradually comes on with something of a 1996 California tune, “Collateral damage”, I have mixed feelings because the delivery wasn’t what I was expecting.

Now the most controversial song on the album comes on featuring Ghanaian rapper M.anifest, Track 10, “Another Story” precedes with an retrospective skit which has gotten every listener questioning the origin of Nigeria; though the song didn’t do justice to such epic intro, shout out to M.anifest for delivering his part. Track 11 “Pull Up” comes in, I am not sure if it was a love song or just a vibe but that’s a perfect song for an evening drive with your girl, reminds me of Show Dem Camp’s Palm wine music II . Track 13, Destiny first starts with a distorted beat but it aligns as soon as the chorus comes in , at this point it is definitely certain he has gone off grid as being an album about an African Giant, now it is sounding basic, like every album out there. It is good but not something African Giant quality.

Track 14, It is time for the greats, Damian Marley and Angelique Kidjo to join voices with the king but again, Burna Boy is hugging all the shine not giving these people enough time, Angelique comes in with her amazing voice and for once I stop to wonder, how can a human sound so spiritual without even trying, this isn’t normal, 59 never sounded so good. Damian Marley did something really special, I hope he makes a video for that. Track 17 & 18 which featured Future and YG were the most unnecessary international feature. Both artistes tried too hard to deliver a relative African verse, I sat at one point to think – Burna Boy really thought working with YG on an Afro beat sound would pop, that guy doesn’t even flow well on a hip hop beat. He was the most unnecessary person on that album. Last track on the album, “Spiritual” wasn’t the perfect outro but it was worth the try, not really this song will bang more when you are under the influence in an air tight room. (Tracks omitted were previously released tracks).

There are instances in the album where you feel like you are part of something great, part of a lineage of legends, a part of revolution, last time we felt this intrigued was during the era of Black Panther but this feeling doesn’t last long because Burna Boy keeps drifting, trying to strike a balance, I think the arrangement of this album wasn’t well thought of, but the album is good and could be better.

One thing I still find misleading is his promotional approach, he took the approach of an activist, an artiste trying to expose our ancestry but he didn’t do justice to that, it was another album trying to bridge the gap between Afro beats and world.

I hate to say this, but ‘Outside’ was a better album than this over-hyped and overrated album called ‘African Giant’.