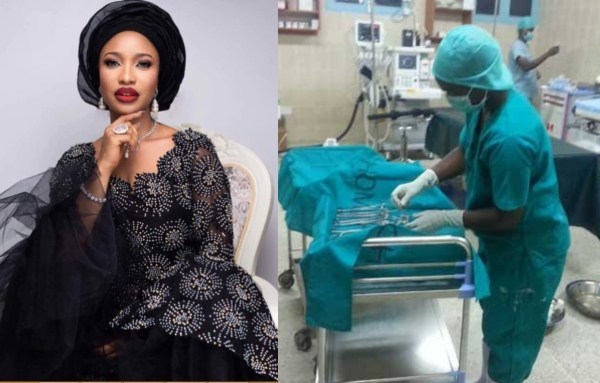 Actress Tonto Dikeh Reveal Why They Did Plastic Surgery (Video)

Nigerian actress Tonto Dikeh has revealed in a new interview the motives behind her decision to undergo plastic surgery.

The actress, while speaking in an interview with BBC Pidgin, alongside some other women, revealed that they needed to reshape their bodies to boost their confidences in themselves.

Tonto Dikeh on her part mentioned that she is now so comfortable in her body that she hardly wears cloth in the home.

One of the women interviews revealed that African men love bumbum and they have preferences for women that are heavily endowed and that was one of the reasons why she had to take the option of plastic surgery.

“You practically are my Life”, Tonto Dikeh gushes over son…

Tonto Dikeh and others reveal why they decided to undergo plastic surgery.

Venita upset about how housemates waste food, calls out Tacha and Seyi (video)

“Get a boyfriend” – Tonto Dikeh’s son, King Andre tells her he wants a dad (video)