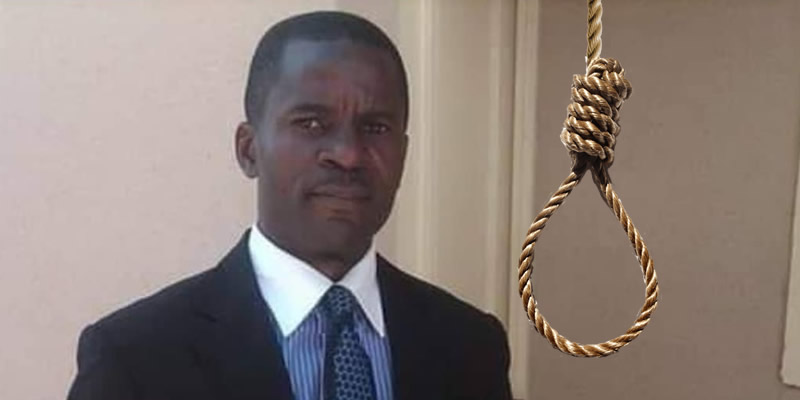 A 46-year-old banker has taken his own life weeks after sharing a suicidal note on Facebook.

Ibeakanma Onyechere who is  a married father-of-one, was found lying lifeless in his room at his home in Victoria Island, Lagos State.

The banker, from Abia state, reportedly left his wife a suicide note before he took his life by consuming a harmful substance on Friday, August 9, 2019. His wife, who reportedly went shopping at the time he took his life, found the note when she returned.

“The best, that’s what I used to call you. Finally this is the end of my journey here on earth. The evil I have been battling with has succeeded in quenching the flame.

“You married a wrong man. You’re a good woman and you deserve the best. You need to be happy. You need to soar. Please take care of our princess Chinenyenwa.

“Tell her that I love her so much. Be peaceable with everyone though not gonna be easy. Tell my family not to harbor any resentment against you. You’re a blessing to us.

“That’s the wish of a dying man. Don’t cry for me but pray for me. I love you and chinenye so much. Good Bye My beloved.”

About three weeks before his death, he hinted about his suicide with a Facebook post which read : “THE LIGHT IS GRADUALLY DIMMING OUT…………”

A source who was shocked as to why the young and vibrant Ibeakanma who was discovered to have left as much as 15 million in one of his accounts will take his own life, he however hinted that he has always exhibited some strange behaviours that no member of the family has taken serious notice of except until his death