My bias against Nigerian social media influencers is always justified when I’m on Twitter and I see them tweeting something homophobic, misogynistic, sexist or colourist. For some of them, it’s their modus operandi, and because Nigerians are willing receptacles for bigoted messaging that aligns with their beliefs, these influencers owe their popularity and internet fame to that. Within the mushrooming churn of influencers, there are those who have been able to carve out a niche and stick to it, and doing it so well. Here are the top 10 influencer for August:

As a food lover, Sisi Yemmie’s YouTube channel is one of my favourite things. Arguably one of best lifestyle YouTubers working in the already proliferated vlogging space today, Sisi Yemmie’s content feels warm, homely, and accessible. The stir-fry chicken pasta that I made over the weekend came to reality because of her account. So yes, huge points.

Yes, Denola Grey fatigue is a thing if you are already feeling worn out by his cultural omnipresence. He’s been at fashion influencer apex, wittingly or not, tweaking looks and outfits with quirky innovations that feels warmly personalised. More than that, his way of presenting challenges norms of what masculinity should look like and it really counts for something. 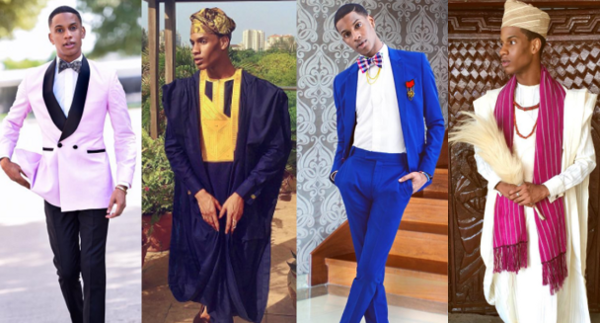 Delphine Okobah aka The Delphinator has built a YouTube/Instagram status in video pop culture, from film reviews to inviting celebrities on mini couch interviews, growing a fanbase that constantly seek out her witty, fun perspectives.

What stands out about Waka Girl’s travel vlog is that most of her trips are within the country. In a way, her content coupled with storytelling presents Nigeria differently – nuanced, complex and beautiful.

A doctor by profession, Dr. Ola Brown is the founder of the air ambulance service Flying Doctors Nigeria but her feminist disposition and her penchant for debunking falsehoods on Twitter with facts makes her an interesting online figure. It’s become some kind of identity, etched as an internet footprint. She has cultivated her followership this way, with new parcels of information every time to the near-ignorant public while stomping on the patriarchy with stilettos or boots, whichever she wears.

Men exist in a system that allows them to place the entire burden of infertility on women,rather than talking abt their low sperm count/ejaculatory dysfunction.

Instead you start talking about divine assignments. Sigh. 🙄 https://t.co/50JMWDeEFP

Omojuwa is currently a guest host on youth talk show Rubbin’ Minds, and his online identity has since transversed between politics and the need for good governance.

Currently, no one on Nigerian Twitter does fine-tuning and writing CVs as a service better than Ogbeni Dipo, who understands the corporate metrics around employability. His niche is in education and international graduate studies, and while the education system in the country continues to languish in decay, Dipo’s exploding online currency lies at the mass desire by Nigerians to opt for international education. Every now and then, he uses his platform to give visibility to SMEs and businesses.

Don’t wait till you pass out from NYSC before you start looking for a job. Once the NYSC year begins, open your eyes and start looking.

Temisan Emmanuel’s Instagram is a gallery of his zoomed-in face and a gigantic red cup, as he muses on things. His appeal as a comedian comes from his youth and wit and given the plethora of other comics doing the same thing, his viewership numbers per video solidifies his status.

There’s a Steve Jobs-adjacent appearance about Fisayo Fosudo when he makes gadget reviews on YouTube. The black turtleneck is his signature look, somewhat turning him to an geeky arbiter of tech.

Working in a comedy world that is dominated by men, Maraji is one the few comedy influencers breaking the glass ceiling. Every comedy skit from hers proudly touches on the human condition, and thus turning her into a magnet for brands.

10 days after missing, little girl found on her birthday

“I am going to audition for BBNaija 2020” – Crossdresser, James Brown tells Venita…