Drama is currently brewing on social media concerning Nollywood actresses, Toyin Abraham and her archrival, Seyi Edun as the latter is getting serious backlash.

On Wednesday, August 14, 2019, official photos of Toyin Abraham now married to Abeokuta based actor, Kola Ayeyemi, emerged and it immediately spread like wildfire on social media.

Shortly after, Seyi took to her Instagram page to share a photo of herself with her engagement ring showing, captioning it, “Grateful heart” 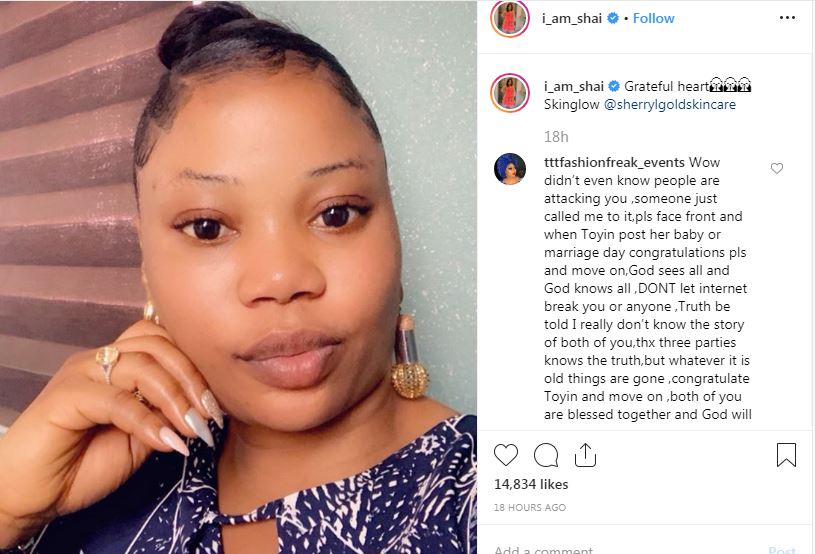 An ardent lover of Toyin Abraham took to Seyi’s Instagram page to troll and curse her for being the reason the latter’s marriage had crashed in the first place and that she was reaping the fruits of her bad intentions. She even took it further by calling her husband snatcher. Identified as marykalu2010, she wrote: “Oju tiyin, toyin ti lo moyin lowo. Husband snatcher, you are showing an engagement ring. Cover your face.” 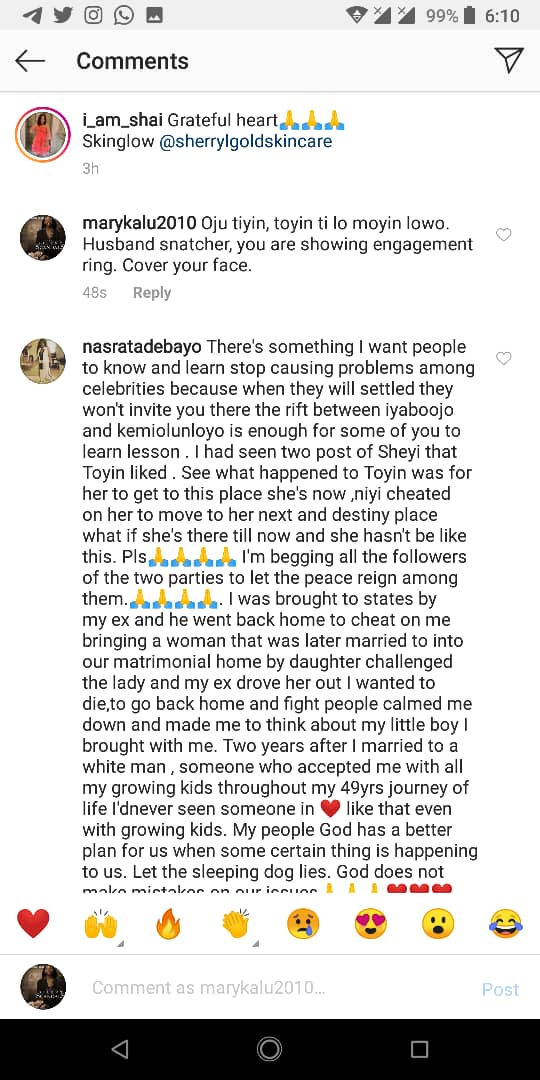 Her fans also came to her defense as they bashed the haters, and begged people not to curse or judge her. 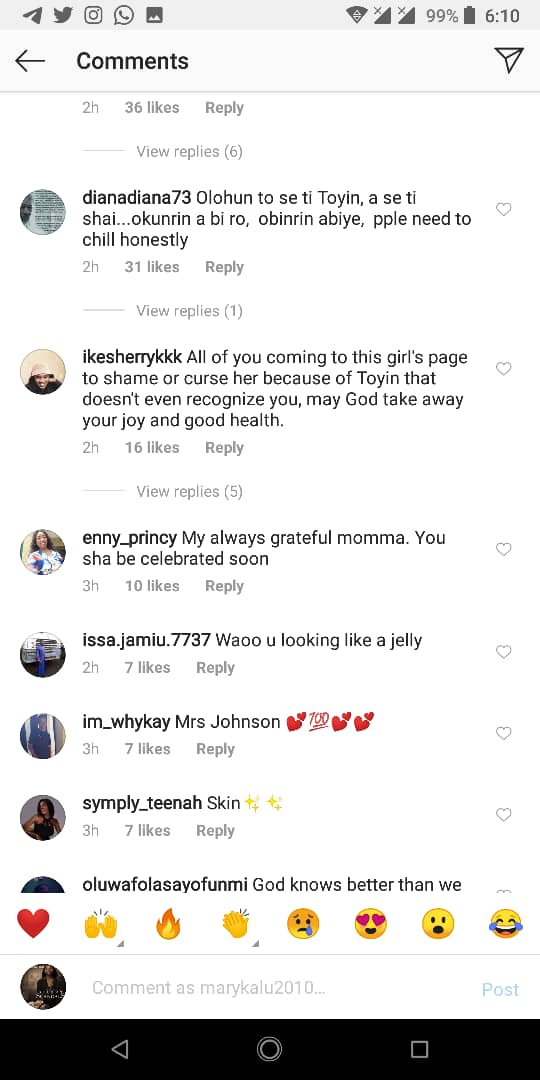 Sad! 14-year-old boy offers to sell his kidney to pay his school fees…

Nigerians react as talent manager accuses Peruzzi of “ambushing and…