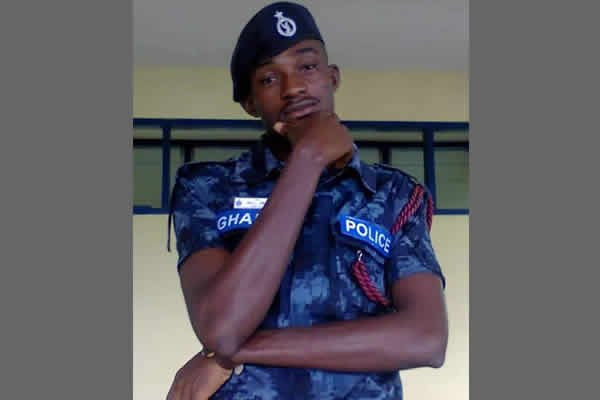 A Ghanaian policeman on Monday, August 19, committed suicide at his duty post with his own weapon.

According to GhanaWeb, Lance Corporal Alhassan Asare stationed at Akim Swedru in the Birim South District of the Eastern Region took his own with his own weapon.

He had reportedly gone for duty at about 5:45pm at Dukes Petroleum Fuel station before he was found dead.

Lance Corporal Alhassan was found seated in a plastic chair with severe wounds to the head and bloodstains on his body. His service rifle was seen in between his thighs pointing towards his head.

Three empty gun shells were found lying on the floor beside him.

According to a situational report sighted by MyNewsGh.com, a colleague visited the said fuel station at about 5:40am on Tuesday, August 20, 2019, and spotted his lifeless body on the plastic chair.

“The duty man Number. 46688 L/Cpl. Alhassan Asare was sitting in a plastic chair on the storey building dead with his rifle in between his thighs.

The District Commander DSP/Mr. Sebastian Maya was duly informed and a follow-up visit was made to the scene”, the report revealed.

The Deputy Eastern Regional Police Public Relations Officer, Sergeant Francis Gormado, said the “command is going to the scene to go and assess the situation.”

“But we can’t give details because much investigations have not been done yet. When we are able to gather all the information surrounding it ht whole incident then perhaps we shall actually talk about it. But for now, we don’t have much to say,” he added.