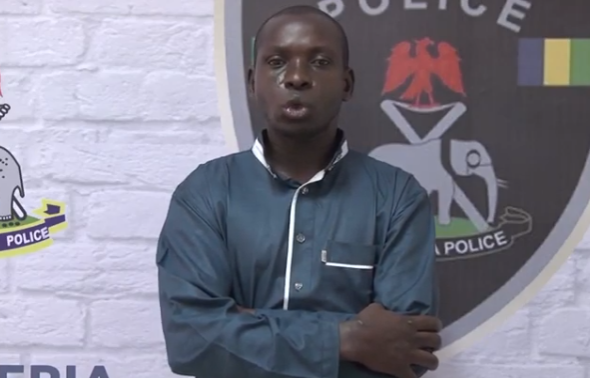 Few minutes after the re-arrest of notorious Taraba Kidnapper, Hamisu Wadume has disclosed how he was rescued by soldiers when he was arrested by police officers on August 6th.

Within Nigeria had earlier reported how the Nigeria Police Force accused the Army of collaborations with criminals and killing of policemen by soldiers in a statement released by the police on August 7th which led to exchange of words between the two security agencies.

Hamisu Wadume who was arrested in Kano yesterday August 19th and taken to the police headquarters explained how he was rescued by soldiers in Hausa Language.

“I am Hamisu Bala also known as Wadume. The police came to Ibi and arrested me. After arresting me, they were taking away when soldiers went after them and opened fire and some policemen were killed. From there the soldiers took me to their headquarters and cut off the handcuffs on my hands and I ran away”