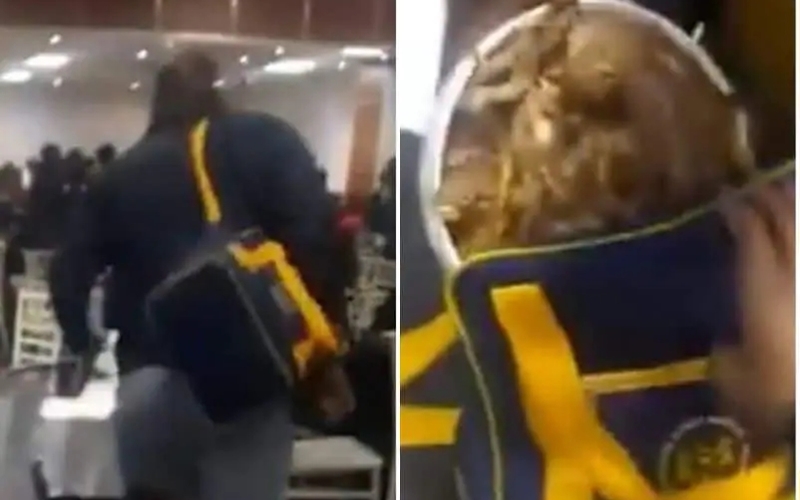 A video has surfaced on social media which showed a man deciding to take left-overs from a function.

The footage was posted on South Africa Live’s Facebook page on Tuesday and it was captioned:

“Man empties plate of food into bag before leaving party.”

It was not revealed where or when the man was filmed but the footage shows him taking a bowl of meat and dumping it into a gym bag. He then flings the bag over his shoulder before storming out of the reception area.

The video gathered more than 16 000 views in just three hours and it elicited mixed reactions from the internet community.

Don’t demystify the sacrifices of the military, Borno indigenes query traditional leader over open letter on fight against insurgency

Nigerian father disgraces Pastor in U.S for allegedly making move on daughter after…