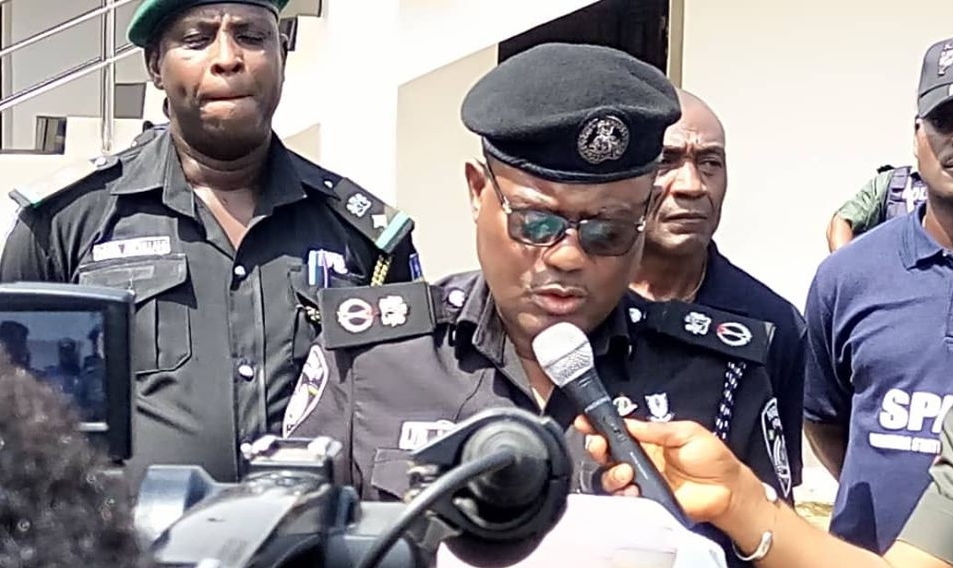 Mrs. Grace Anaka, a mother of one of new generation churches pastor has been reportedly stabbed by his son, Nwabueze Anaka in Ifite Oraifite community of Ekwusigo local government area in Anambra State in the early hours of Tuesday, August 27.

As at time of reportage, the reason why the pastor killed his mother is yet unknown as it was gathered that he fled the scene almost immediately

While speaking with journalists, the Police Public Relations Officer in the state, Haruna Mohammed confirmed the incident and disclosed that the fleeing Pastor stabbed his mother with a dagger in the family compound.

He further stated that the police has intensified its effort to arrest the murder suspect.

“There was a report at Oraifite Division today 27/8/2019 at about 12:00pm that same date at about 6:am, one Nwabueze Anaka, aged about 30yrs of Umunakwa Oraifite, allegedly stabbed his mother one Grace Anaka ‘f’, aged about 50 years with a dagger and took to flight.

“Police detectives attached to the Division visited the scene, photographed and took the victim to the hospital where she was certified dead by the medical doctor after which corpse was deposited at the rest land morgue, Oraifite.

“Circumstances surrounding the incident is yet to be ascertained but the complainants alleged that the suspect is having some mental challenges.”