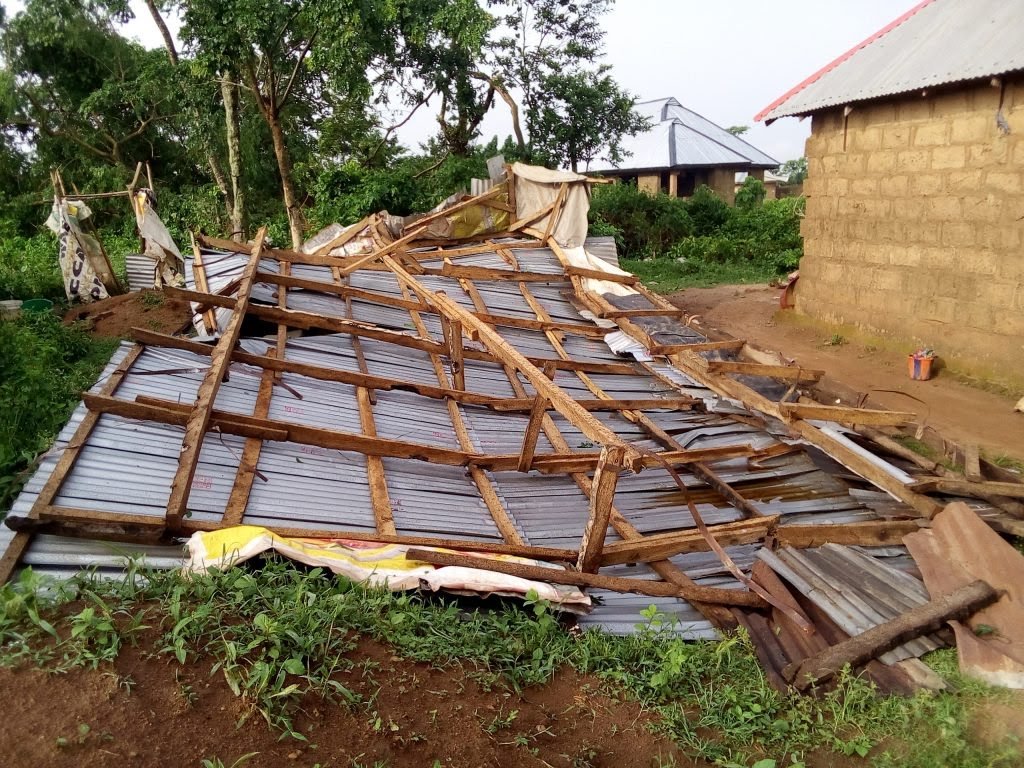 Tragedy struck in Ekiti communities as heavy rainstorm have rendered many residents homeless and destroyed properties worth millions.

This tragic-incident occured at the Ado-Ekiti, capital of Ekiti state and Ikere-Ekiti, headquarter of Ikere Local Government.

The rainstorm coupled with violent whirlwind started around 8p.m on Tuesday and ended 6a.m on Wednesday after hours of heavy downpour.

No fewer than five communities were affected by this rainstorm coupled with violent whirlwind. These communities are namely Boom Town, Eminrin and Ijelu village fondly called Aba Oyinbo by motor passengers.

Dwellers of these affected communities appeal to the government for assistance.

BBNaija 2019: Tacha Kneels Down To Apologise To Biggie (Video)

Update: 22-year-old man arraigned in court after the goat he raped in Ekiti died

21-year-old man to be hanged for robbery in Ekiti