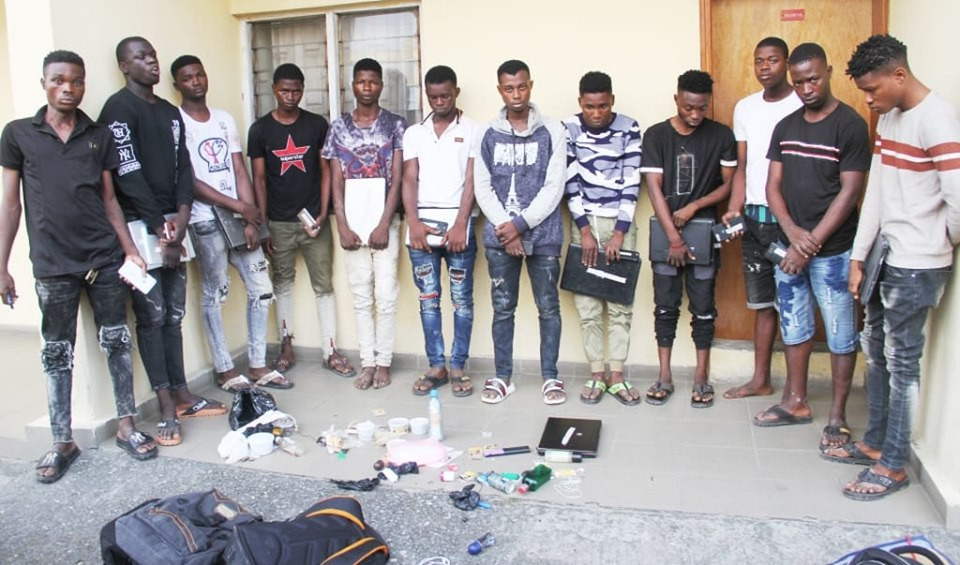 The Economic and Financial Crimes Commission (EFCC) arrested 12 suspected internet fraudsters on Thursday at a rented three-bedroom apartment in Ikotun Area of Lagos used as a Yahoo Yahoo school.

In a statement signed and released by EFCC’s spokesman stated that the arrest followed intelligence reports received from concerned members of the public about their alleged criminal activities.

31-year-old man found dead with sniper insecticide near his corpse,…

Frustrated 18-year-old househelp kills self with DD Insecticide in…

During the raid, some of the suspects attempted to flee by hiding on the roof of their apartment.

Items recovered from the suspects include laptops and mobile phones.

The suspect will soon be charged to court.