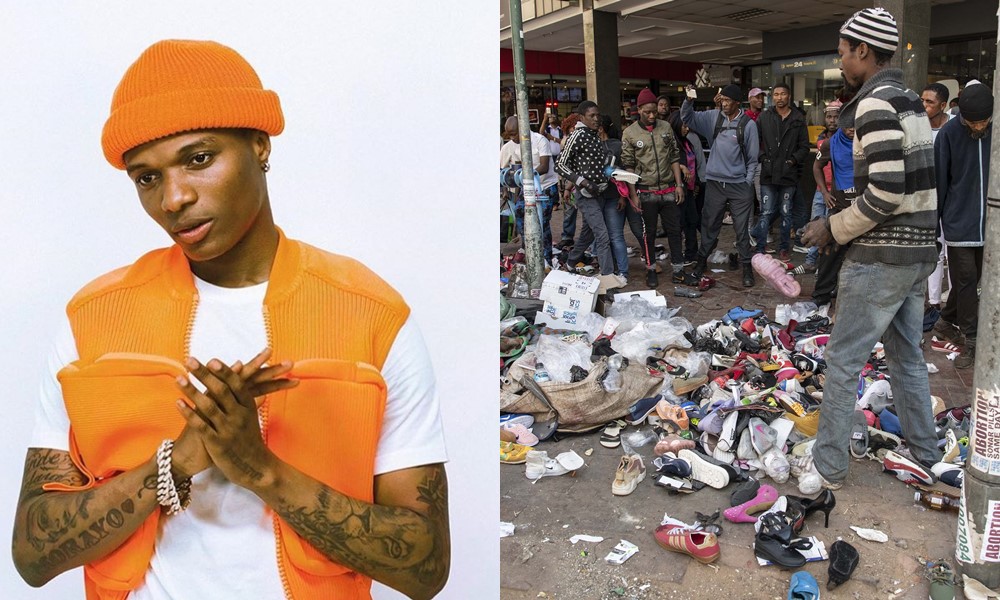 Xenophobia: Nigerians Praise Wizkid For His Reaction To The Attacks On Nigerians In SA

Many Nigerians have been thrown into sorrow and mourning after the reports of xenophobic attacks against their kin in South Africa.

The xenophobia has led to outcry on social media as Nigerian celebs have taken to their online platforms to react to the issue.

Just recently, Nigerian star, Wizkid, condemned the violence as he expressed disappointment at the comments of some celebrities on the issue.

According to him, this is not the time to point fingers and preach hate as people are actually dying and hateful comments from celebs can lead to more death.

The singer then urged Nigerians to focus on the real problems which he named as the government, poverty and education.

Well, many Nigerians have taken to Twitter to react to Wizkid’s comments on the issue.

Wizkid is David of our time AKA on the run 🏃😂😂 pic.twitter.com/HToBwKzQiM

Mr Eazi said ‘fight the real enemy, poverty’ and you insulted him and called him a billionaires daughter handbag

Wizkid said the same exact thing and you’re hailing and clapping for him, i tire for you people o 🤦🏾‍♂️

Nigerians have Team Wizkid and Team Davido, but when it comes to external issues, we unite.

Having healthy competition internally aint harmful, the problem is the hate, why hate your fellow black man?

We Nigerians are such hypocritical……. The same people that were hailing Burna Boy threatening Aka are the same people hailing Wizkid for preaching the exact opposite. I’ve never seen such a daft species of human beings pic.twitter.com/NNxXoXNBHw

Wizkid is the only Nigerian celebrity making sense currently .

Only Wizkid talk with no violence 🙏🏼🙏🏼! Man know how too keep his cool on every situation

Wizkid is so intelligent mehn. Everything about him is a goal. I am inspired❤️👑

Wizkid is the youngest but he spoke like a father of the continent, dragged everyone equally while knocking sense into everyone’s head about everything going on,

I stan a true leader who knows what to do with his influence!#SayNoToXenophobia pic.twitter.com/RyNsf1csLC

In other news, we reported that Afro-fusion star, Burna Boy, promised to attack South African rapper, AKA, for his comments on the xenophobia. Burna also dragged Nigerian star, MI, for defending AKA. The Ye crooner also explained that the alleged terrible videos he saw from the attack in SA broke his heart as he called on Nigerians to protect themselves at all times.