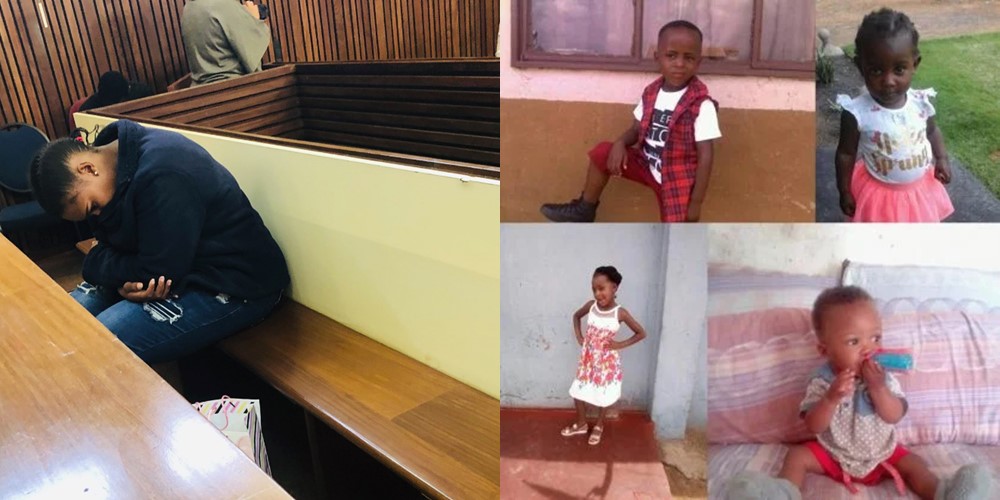 A South African mother identified as Zinhle Maditla on Monday September 9, pleaded guilty to a four count charge of killing her four children with rat poison.

Maditla who confessed to killing her children when arraigned in a Middelburg High Court, said her anger and frustration stemmed from getting to know that the father of two of her children was with another woman.

In her plea statement which was read out by her lawyer, the Mpumalanga resident revealed she also took the rat poison. She went on to ask the court for mercy.

“I admit I have no defence in law for my conduct on that day. I request the court for mercy.

“I went back home, I sat in the taxi emotional and crying I saw a hawker selling rat poison I took R10 and bought poison with the intention to kill myself and my children” she said.

The case was adjourned till Tuesday September 10.

Man fatally poisons himself and his two children after wife allegedly…

#ZinhleMaditla In her statement Maditla says she found the father of two of her children with another woman. I went back home I sat in the taxi emotional & crying

I saw a hawker selling rat poison I took R10 and bought poison with intention to kill myself and my children.” #eNCA pic.twitter.com/aCgQD01Hmy

#ZinhleMaditla Her lawyer says Maditla will testify in mitigation of sentence. She will be the only witness. The state says it will call 3 witnesses. Matter postponed to Tuesday. #eNCA pic.twitter.com/Hs1xxFX6VV