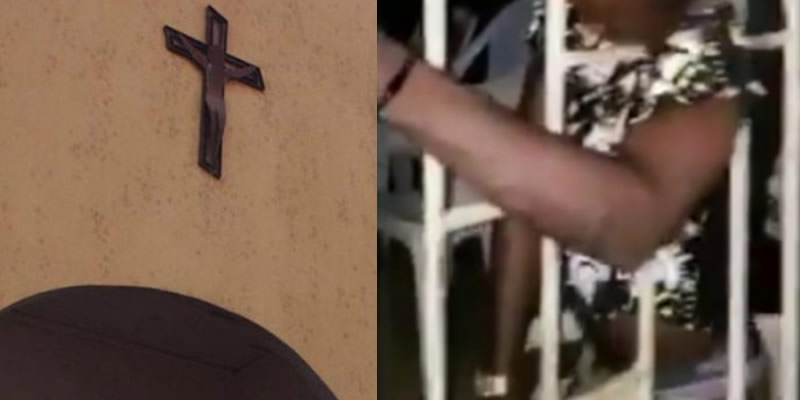 It was like a nollywood movie as a pastor of a church at Abule Egba area of Lagos state was left in shock after he found a burglar stuck to the church’s door.

The pastor who came for an early morning program on Tuesday met the burglar stuck and could not move an inch.

It was learnt that the burglar met his waterloo after forcing into the burglar-proof of the church while trying to cart away valuables in the church.

Before he got trapped and later dead, the burglar has constantly operated in the area and successfully burgled a church days ago before luck ran out on him during his last operation.

His phone with its torchlight on was found with him at the scene.

In other news, the Minister of Works and Housing, Babatunde Fashola, on Monday, said that there was no case of inflation under him.