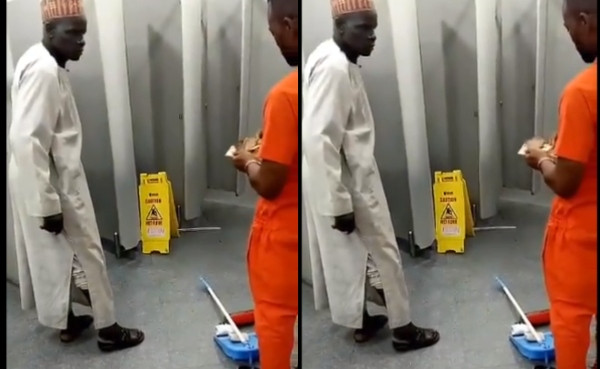 Amidst sad tales of internet fraud that has created a bad impression about Nigerians, an honest citizen of Nigeria who returned money he found in the restroom of a Lagos airport has received praises from online users for his action.

The money which was handed over to a janitor who is a staff of the airport by the yet-to-be identified elderly man before leaving the facility.

This baba found some money in the restroom of Lagos local Airport (Arik to be precise) he took the money and drew the attention of the janitor on duty. #honestman #goodNigerian we are good people

Nigerian Lady Claims 60% Of Vagina Infections Are Caused By Men

How Bovi saved a fan from committing suicide