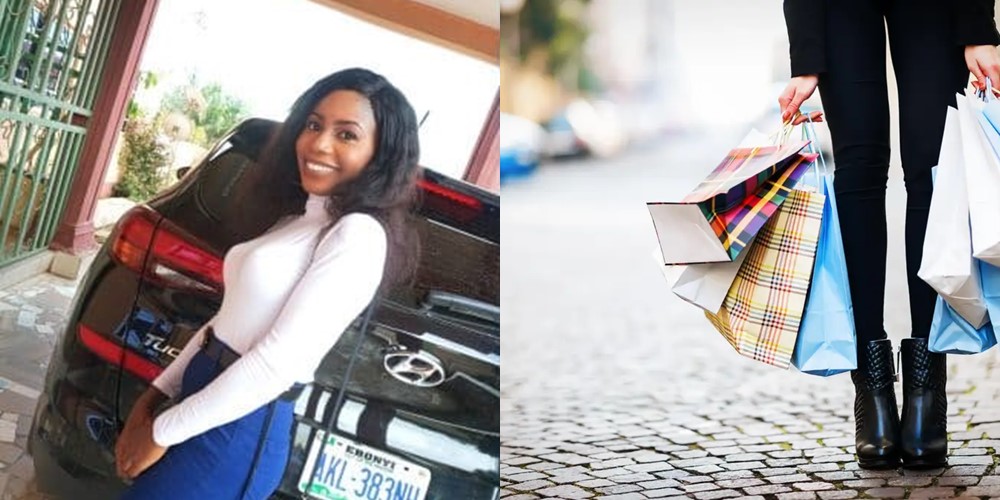 A young lady, identified as Uzoamaka has expressed delight and happiness after a stranger paid for her shopping and dropped her off at home, even after she refused to give him her number.

According to her, ” So I met this guy at the mall. He insisted on paying for all that I bought, and then he asked for my number, I told him that I don’t give strangers my number. He smiled and asked if he can at least drop me at home, which I accepted too. Why can’t all men be this kind and generous?”

Meanwhile, A video which shows a naked Ghanaian lady dragging her butt through the street to curse her boyfriend who dumped her, has gone viral online.

Though what caused the break-up was not revealed, however the aggrieved lady’s anger stemmed from toiling for years with her ex-boyfriend and eventually getting dumped. She was heard saying he will never be rich, never have children and never be happy in his life with the other woman.