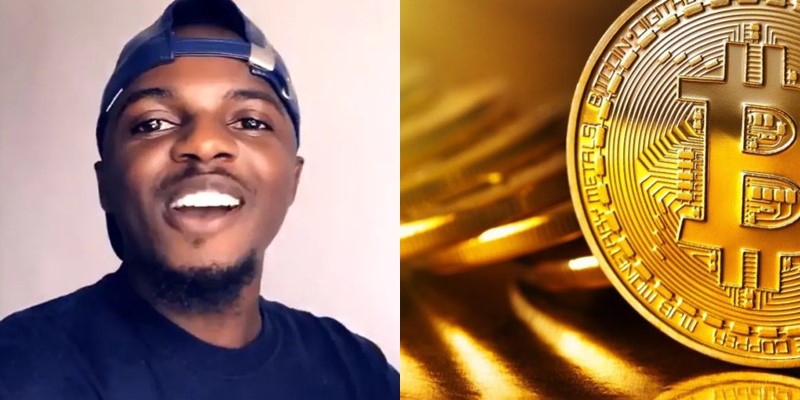 Nigerian Man Returns N30m Worth Bitcoin Sent To Him Mistakenly

A Nigerian Bitcoin trader identified as Keith Mali Chung has made Nigeria proud by representing the country as a man of true integrity and honesty.

The young man did something remarkable that is still quite shocking to many Nigerians, especially in this hard economy.

Keith, who is an expert Bitcoin trader, returned 7.8 Bitcoin money, which is worth 30 million in naira, after someone sent it to him.

He noted that the person must have done business with him in the past, that’s why he/she had his details.

The Bitcoin trader took to the popular micro-blogging platform, Twitter, on Thursday, September 12, to announced that he received money by mistake from someone he previously worked with.

I received huge sum of BTC from an unknown sender and it’s definitely a mistake from someone I must have had transaction with before, Kindly DM me time of transaction, your adress and exact digits sent..
thank you. Kindly retweet

He asked the people to retweet so that the owner can find him and get his money back. He also said the person needs to provide their details before the money would be transferred back.

A day after sharing the tweet, Keith revealed that he found the owner and he has returned the money to him.

In Africa, which Is where I am situated, 80% we transact Cryptos through WhatsApp escrows and someone who himself and I had business in the past made this huge mistake of sending 7.8BTC into my blockchain wallet. I spread the words round & he reached out.💝

When asked why he did it, Keith replied saying he could have cleared all traces of the transfer to make it look like the money was not sent to him. He said he could not because he wants to create a good name for himself and the people who would bear his name.

According to him, only global recognition of integrity will get him what he wants not thirty million naira.

I am a blockchain expert and Bitcoin educator so If I’d love to keep it, I would have without traces but im building a name for myself n anyone who will bear my name in this life, $80k 30 million naira won’t do that, a global recognition of integrity will do much more than that

It seems like Keith got the recognition he deserves as Nigerians took to Twitter to give him accolades.

So we still have good citizen in this country Nigeria??? That's lovely… God crown your effort

Nice one my guy 👍

The legendary Keith Mali has spoken!

Kudos to you💪I love that