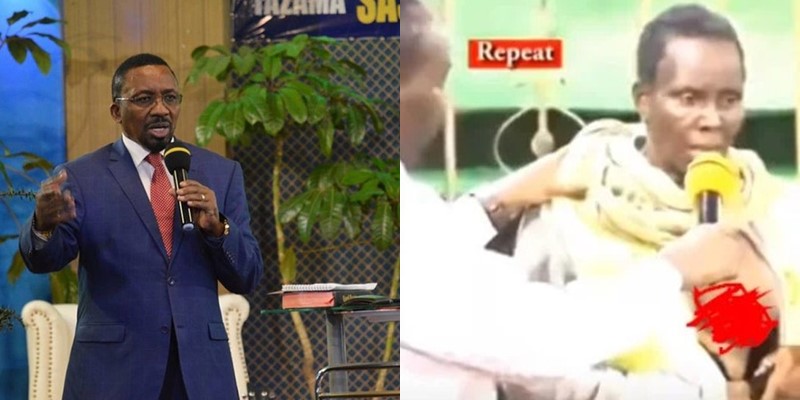 The Kenyan government has fined a popular Kenyan televangelist, James Ng’ang’a over a nude content aired on his Sasa TV free-to-air channel.

James, who is the General Overseer of Neno Evangelism Centre was fined 1 million shillings (N3.4m) for airing the adult content.

“He has been fined 1 million shillings for continuing to broadcast when a woman’s breast was exposed.

“This happened during the watershed period which is in violation of one of the Communication Authority rules and regulations. He was first issued with a warning which we expected him to stop but he did not,” Wambua explained.

Meanwhile, The Founder and Senior Pastor of Commonwealth of Zion Assembly (COZA), Biodun Fatoyinbo has requested the Federal High Court in Abuja to dismiss the rape lawsuit filed against him by Busola Dakolo.

BBNaija 2019: Tuoyo Strips To His Underwear On Live TV

Fatoyinbo who was accused of raping Busola Dakolo, the wife of popular singer, Timi Dakolo at a minor age asked the court to dismiss the lawsuit on grounds of incompetence and frivolity and demanded to be awarded N50m as damages.