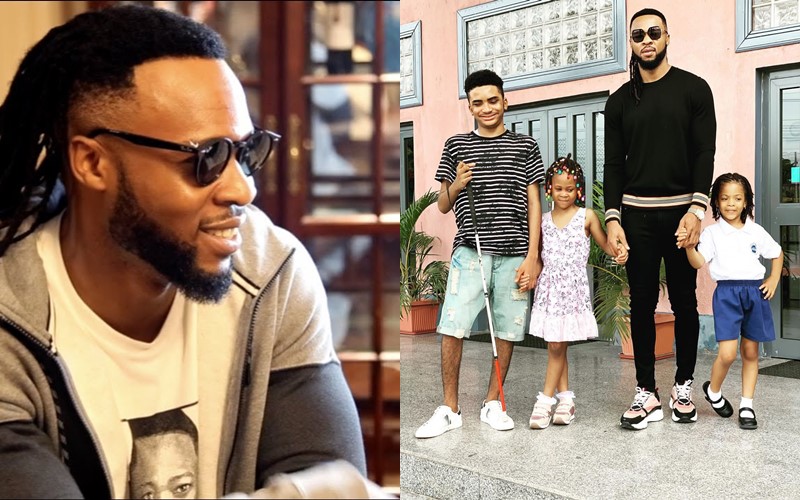 In a recent post shared on his Instagram, the proud father of three including one adopted son posed with his children and the photo has many social media users representing how great at being a dad the singer really is.

Most people recall the controversy that played in how Flavour became a father of two adorable girl from two different women but the Ijele crooner has been able to trump over the negativity and show the world that love is what matters when it comes to family, and that he shares with his children their mothers in abundance.

As far as being a father is concerned, Flavour, has on many occasion shown that he is a great dad and his children are blessed to have him in their lives

Meanwhile, Former Most Beautiful Girl in Nigeria (MBGN) 2013, Anna Banner, has shown that confidence is key and mothers should love their bodies regardless of what they have been through.

Banner who is Nigerian singer Flavour’s baby mama, shared a photo where she showed off the stretch marks on her belly on social media.