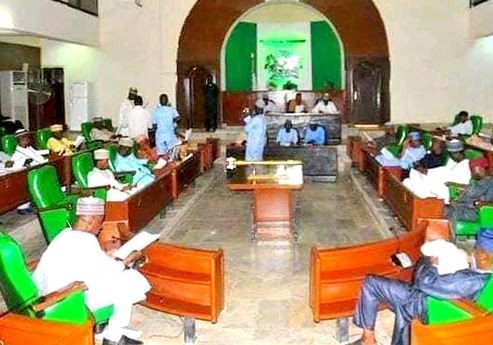 Two principal officers of the Jigawa State House of Assembly have been suspended for six months for interfering in the investigation of the lawmakers.

While addresing journalists on Tuesday after the end of plenary in Dutse, the capital of Jigawa state, Aminu Zakari, the Chairman of the House Committee on Information disclosed the information.

According to Aminu Zakari, ‘both members allegedly attempted to confiscate some documents in the Ministry of Finance to prevent the committee set up by the House to investigate financial misappropriation between 2017 and 2018 perform its duties effectively.

When contacted, the former Majority Leader denied the allegation, stressing that it was not honourable for a member of the House to engage in such activities. Sule and Ishag were impeached along with the former Speaker of the House, Mr Isah Idris, in May 2019.