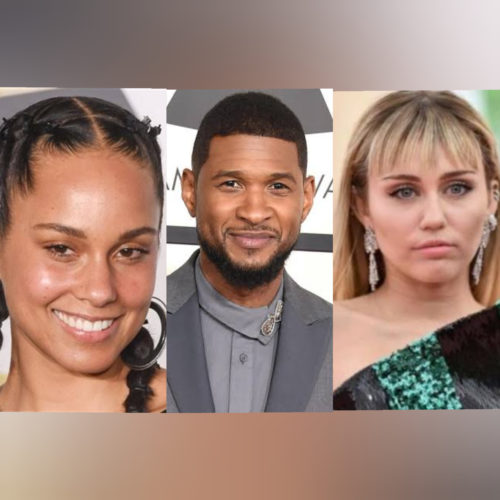 Global Citizen have announced the first batch of artistes that would be performing at next year’s edition of the Global Goal Live which would be held in five continents around the world.

Various global superstars across the world have been put on the performers’ list. The likes of Usher, Miley Cirus, Pharell, Shawn Mendes, our very own D’banj & Tiwa Savage alongside other superstars would be displaying their awesome artistry on the 26th of September, 2020 which has been scheduled as the day of the event.
The organizers of the show have however taken to their social media pages to reveal there are more artistes to be announced, and their announcement would be made on December 13, 2019.

This show according to Global Citizen is being held in order to raise the sum of three hundred and fifty billion dollars to tackle extreme poverty around the world.

“Ending extreme poverty is a #PossibleDream. We are on a mission to secure $350 billion #ForPeopleForPlanet. Join us for Global Goal Live in September 2020. More info at the link in our bio. #GlobalGoalLive ?.”

BBNaija Update: Mercy safe in the house, gets two strikes