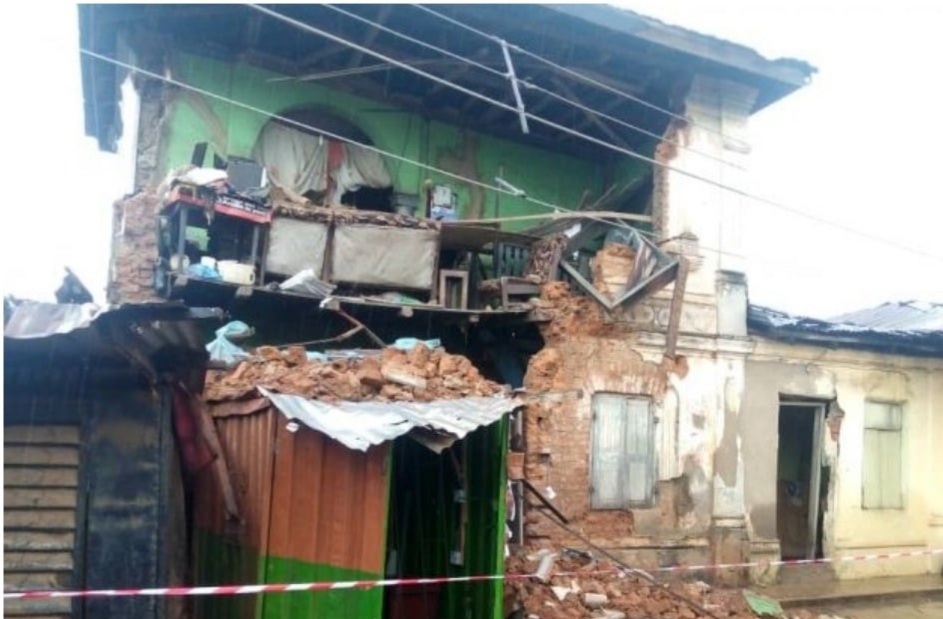 Another building collapses in Lagos

No fewer than 24 after a collapsed building brought about the death of woman and his children in Orisha community of Magodo, another lagos building has caved in at Rademo Street, behind Recreation Center in Ita Elewa community of Ikorodu.

The building built with mud bricks and has been distressed over time with visible cracks collapsed but the incident did not claim anybody’s life.

The incident has been confirmed by the General Manager of Lagos State Emergency Management Agency (LASEMA) who said that the building collapsed as a result of the heavy rain witnessed today.

There will be full implementation of existing laws to avert similar cases in the state.