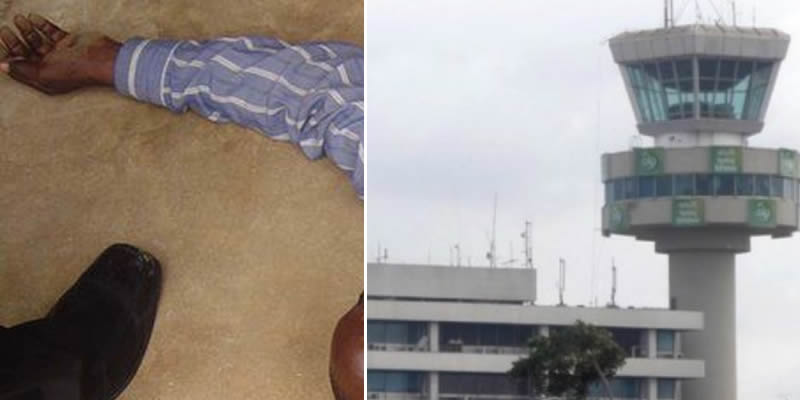 It was a woeful tale of agony in the Murtala Muhammed International Airport, Lagos as a man reportedly slumped and died shortly after receiving news of his wife’s death on Saturday, October 13th.

WITHIN NIGERIA learnt that the deceased identified as Jude was about boarding an Air France flight when hw recieved a call of his wife’s death. The 44-year-old passenger suddenly slumped and was rushed to the MMIA Medical Clinic where he was certified dead.

His dead body has been transferred to the Air Force Hospital Mortuary till further notice.

Meanwhile, the Federal Airports Authority of Nigeria (FAAN) has confirmed the attack on an aircraft belonging to Royal Air Maroc aircraft at the international wing of Lagos airport.

According to FAAN, the aircraft coming from Rabat, Morocco, having landed successfully at the Lagos Airport was attacked by robbers while taxing to a stop.