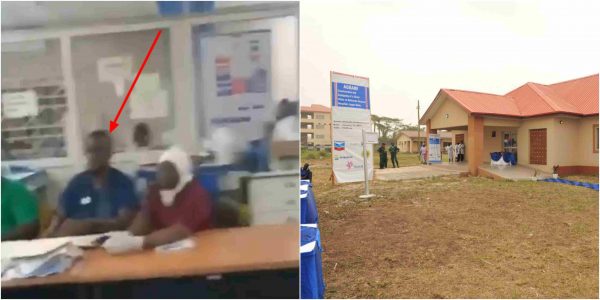 There was a mild drama at Igando general hospital today as a Nigerian lady confronted a medical doctor for neglecting her sick child over an argument she had earlier with him.

The woman’s sister who took to IG to narrate their ordeal in the hands of the hospital staff wrote;

After being delayed for 3 hours, she (my sister) begins to shout and complain and then gets into an argument with one of the doctors (the one in a navy blue native), he then decides not to answer my sister and tells her her child won’t be attended to till the next day.

What sort of doctor is he? So because you had an argument with the mother, a child has to suffer for it? Was that the oath you took to save lives?

I mean where are we heading to in this country?” @mis_dynam does the doctor have a name???

However, without hearing from both parties, we can’t actually ascertain what really happened, but in the video making rounds, the doctor can be seen less concerned as the woman confronted him boldly.