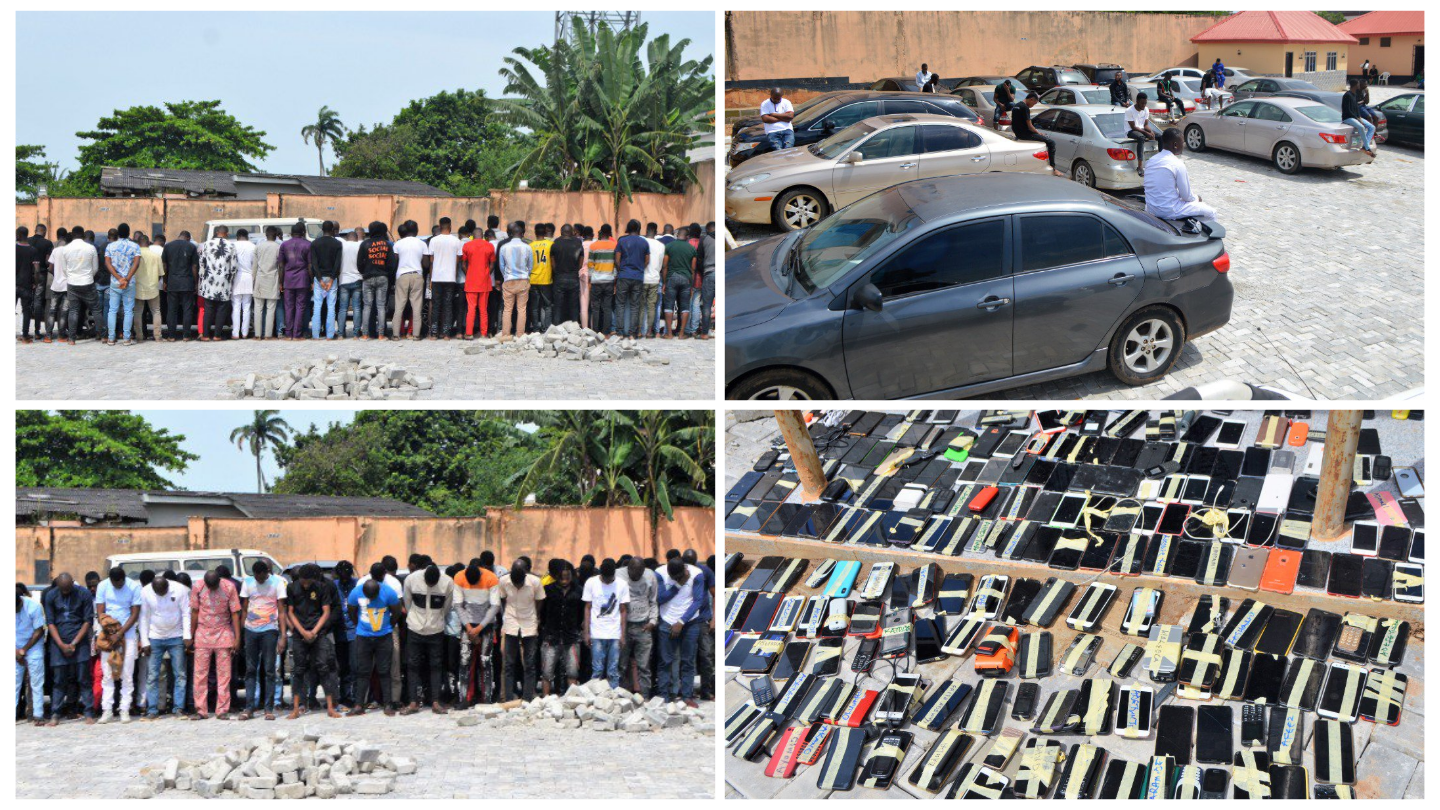 It was a season of harvest for men of the Economic and Financial Crimes Commission (EFCC), Ibadan Zonal Office as the anti-graft agency raided an Osogbo-based nightclub known for organising parties for suspected internet fraudsters.

WITHIN NIGERIA had earlier reported that “no fewer than forty-four (44) cars have been reportedly seized by the Economic and Financial Crimes Commission (EFCC) during a night raid in Osogbo.

The nightclub known as “Club Secret Underground” us located on the Ibadan-Iwo Expressway, Osogbo.

According to reports, atleast 94 suspects were arrested and valuable items such as exotic cars, laptops and scores of sophisticated mobile phones were recovered by the anti-graft agency.

The suspects are currently undergoing further interrogation, and would be charged to court as soon as investigations are concluded.