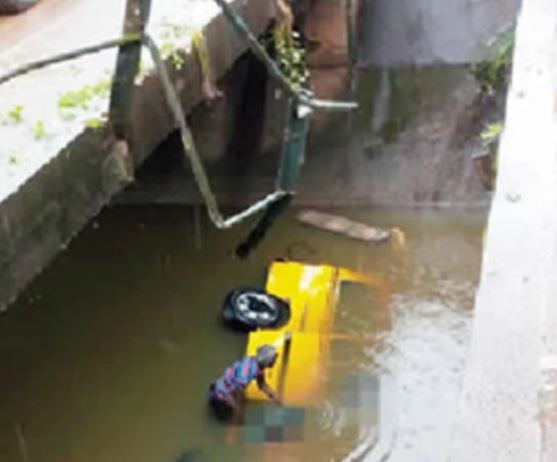 Days after flood swept away properties worth millions in Osogbo, the capital of Osun, no fewer than two people have reportedly lost their lives after a commercial vehicle dropped steeply into Osun river.

The Police Public Relations Officer in the state disclosed that the accident occured in Oke-Gada, Ede on Monday, September 16th.

According to eyewitness reports, the incident happened around 7pm. The driver was trying to avoid potholes near the bridge on the river before the vehicle plunged into the river and the passengers inside the vehicle have been reportedly rushed to a private hospital in the area.