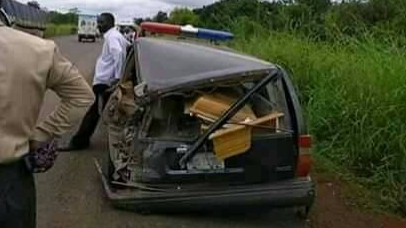 Tragedy struck in Benue community as a petrol tanker, an alleged property of NNPC lost control and rammed into a hearse bus along Taraku Otipo way.

According to a social media user identified as Jennifer Obasi, she shared photos taken from the accident scene and wrote;

Onitsha Fire: “We are really on our own in this country”- Ebuka reacts