Fella Makafui is a Ghanaian actress and a philanthropist. She is known mostly for her role in Yolo.

Recall a photo of Ghanaian actress Fella Makafui handcuffed to a hospital bed surfaced on the internet recently and has since  gone viral. The actress was captured in the sickbed immovably and her face looks like she was in a deep state of unconsciousness.

The actress allegedly suffered a temporal mental disorder after the breakup.

A few days after the news went viral Fella Makafui the Ghanaian actress has reacted. According to the report at the time, Medikal had allegedly dumped her and unable to stand the pain, her mental faculties gave out.

Reacting to the viral new, Fella Makafui stated that these rumors and speculations can not break her but will rather make her strong.

She did not directly confirm the rumors nor deny but she subtle threw a jab at those propagating the rumors.

“what doesn’t kill you makes you stronger. 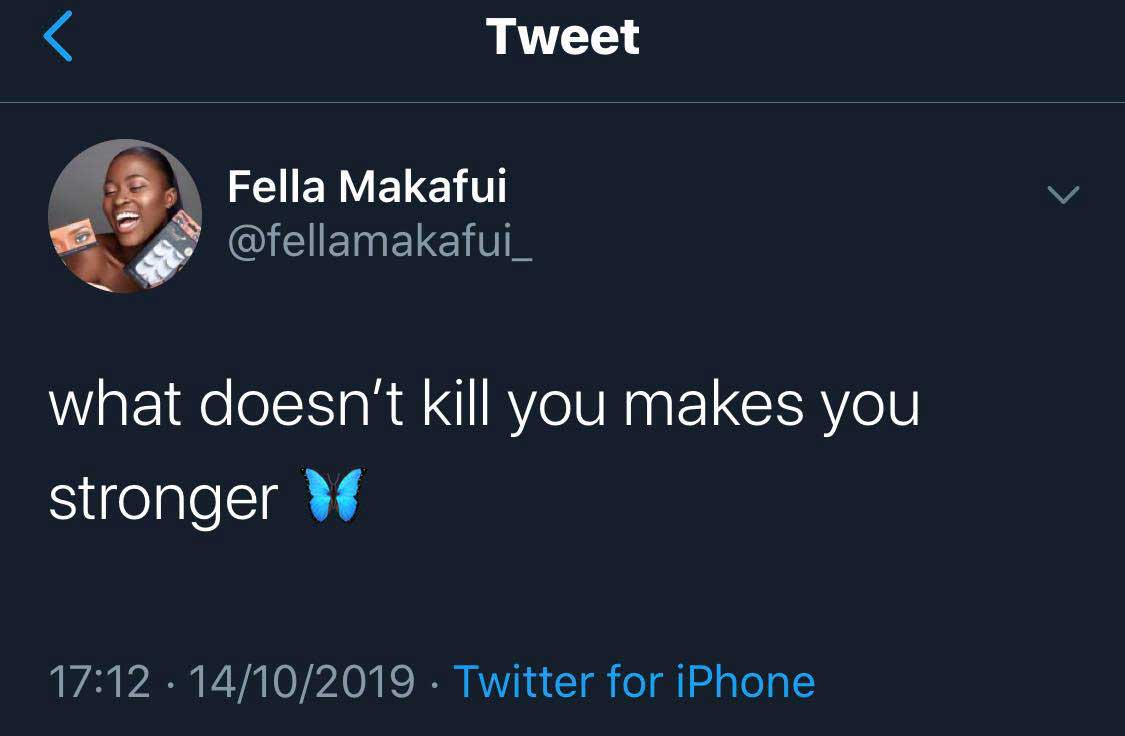