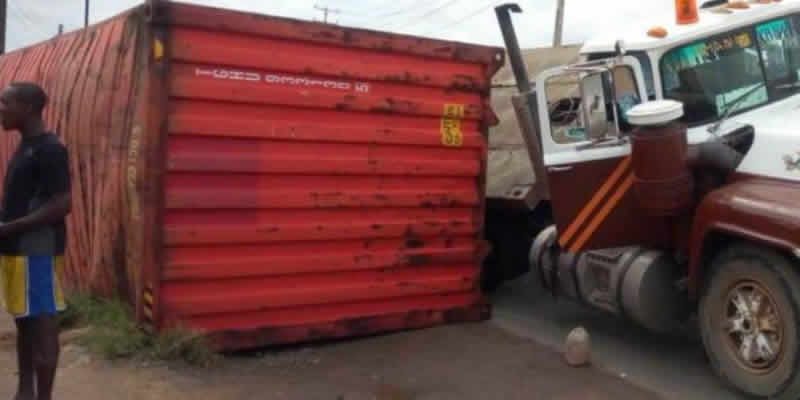 Tragedy struck in Anambra Community again, as two persons, including a woman on Monday, sustained injuries when an iron container fell on them along Owerri road, Upper Iweka, Onitsha, Anambra State.

Though, the cause of the incident is yet to be ascertained as at the time of filing this report.

Police spokesperson, Haruna Mohammed while reacting to the incident,confirmed the incident, but said no fatality was recorded.

He said, “However a woman who was passing by sustained injury and was taken to the hospital but now responding to treatment.

“Scene was cordoned off by Police patrol teams and effort is ongoing to clear obstruction to enable free flow of traffic in the area.”

Blackface To Release Rap And Dancehall Versions Of ‘African Queen’