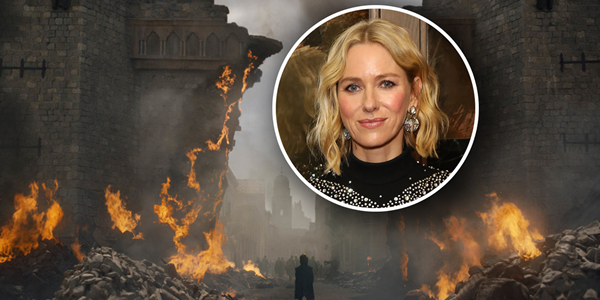 HBO has scrapped plans for a prequel from show-runner Jane Goldman that starred Naomi Watts and took place thousands of years before the original series. The massively hyped Game of Thrones prequel series sadly is not moving forward.

The network shot a full pilot episode in Northern Ireland earlier this year and has elected not to pick up the series.

A second GoT prequel project focusing on the Targaryen Civil War, however, is still in the works. The project hasn’t officially received a pilot order, but with this news, an order seems more likely.

The death of the Game of Thrones prequel is a dramatic twist in HBO’s succession plan for its most popular and most-Emmy-awarded series ever.

The ambitious project took place during Westeros’ Age of Heroes on the precipice of The Long Night war with the White Walkers (in fact, author and executive producer George R.R. Martin suggested The Long Night as a title).

Diana Rigg is dead; The Avengers and GOT star actress dies at 82

The series was to be distinct from GoT in look and feel, and notably did not include dragons given House Targaryen had yet to rise, but it would have included early Starks and Lannisters.

“I think [the prequel] really encapsulates the reason why we love Game of Thrones in the first place, which is about the beauty of the words and the dynamics of power and all of that,” Ackie recently told EW when asked about the pilot.

“But it’s with a completely different setting. Completely different political issues. And it’s really poignant to what we are dealing with today. But it holds on to the very thing that I think we love about Game of Thrones at the same time, which is really good [dialogue] and very good dynamics in terms of characters, in relation to each other. I wish I could say more about it. I’m so excited.”

The original Game of Thrones famously had a disastrous pilot episode too, but there was enough obvious potential remaining that HBO decided to order the series anyway (along with some recastings and reshoots).

The surviving prequel pilot is written by Ryan Condal (Colony) and is based on Martin’s Fire and Blood, a history of House Targaryen that spans roughly 150 years.

Like the other prequel, the story takes place long before the events in GoT, but not nearly as far back (a couple hundred years), so Westeros wouldn’t be quite so different.

The new pilot also takes place during a time in Westeros that has plenty of dramatic established history penned by Martin to serve as a backbone for a story, whereas the other pilot only had some vague references to build on.

The events in the new pilot will eventually lead up to The Dance of the Dragons, a massive civil war in the Seven Kingdoms held between two rival branches of House Targaryen.