Reality star, Natacha Akide  has defeated top contenders to bag award as the emerging celebrity of the year.

The ex housemate was earlier nominated alongside Shattabandle and Mercy Eke for ‘Emerging celebrity of the year’ category, but she defeated them to emerge the winner

The 2019 edition of Starzz Awards had a very competitive  nominees list as  the most notable stars/brands battle it out in all 27 categories.

And the general public were the sole determiners of the winners as fans voted for their preferred winners in selected categories.

Sharing the news, Tacha said, ” Thank you Titans, another win” 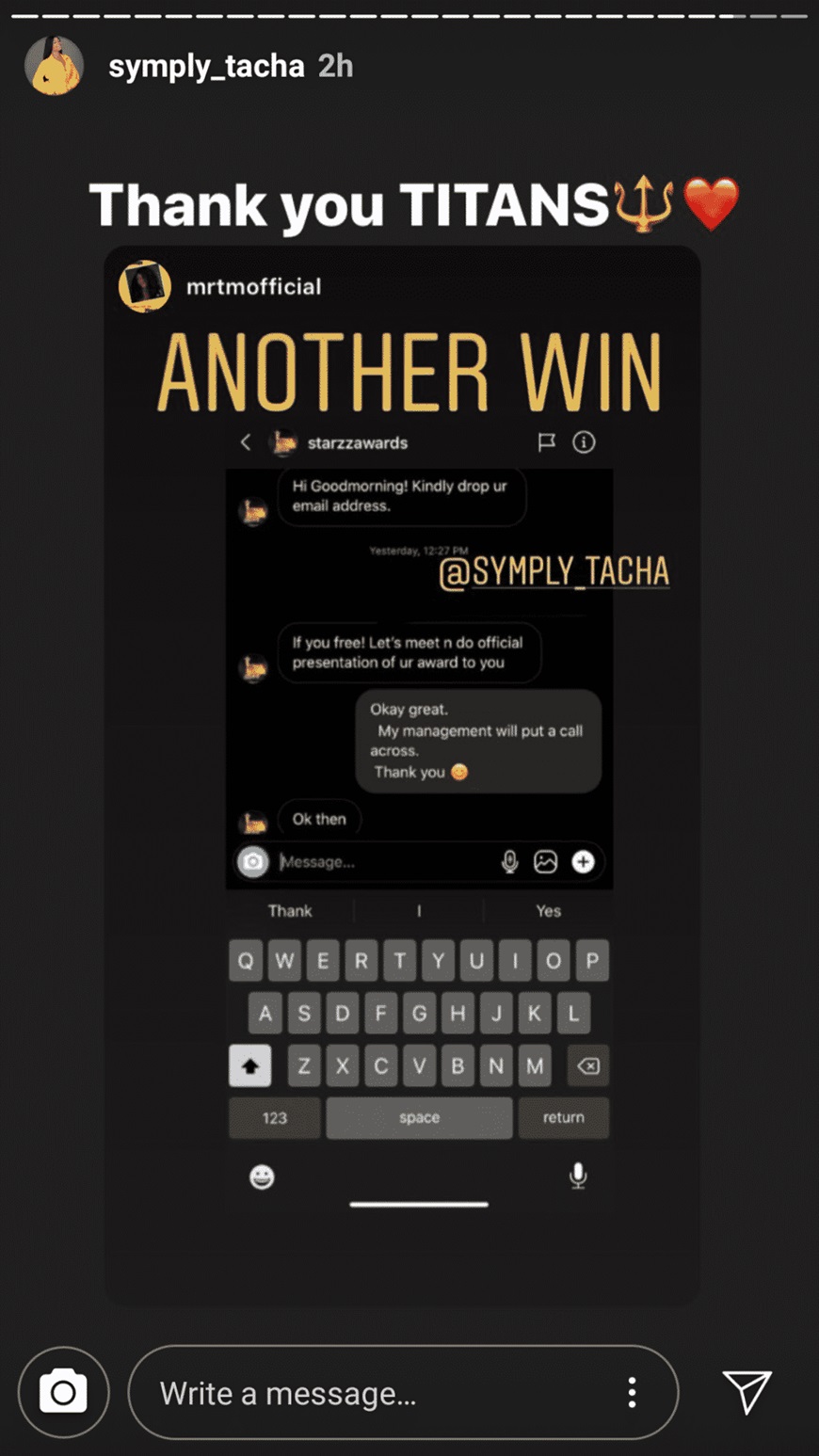 “Do you have a benz? Don’t play with me ” – Tacha slams Nina Ivy and her haters…