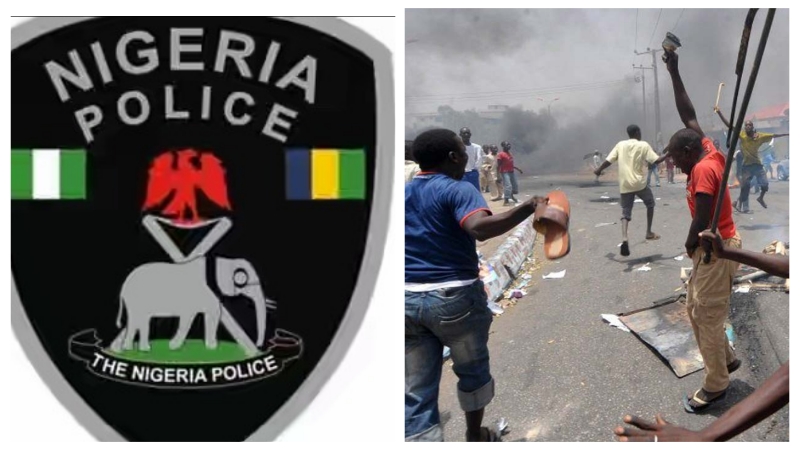 No fewer than three people were severely wounded with machete and a nail was driven into the head of a villager at Oginibu community, Ughelli South Local Government Area, Delta State.

It was a sad day for the people of Ughelli South Local Government as the Commissioner of Police in the state, Mr. Adeleke Adeyinka read the riot act yesterday at Asaba, capital of Delta state after some rampaging hoodlums which resulted into bloodletting.

WITHIN NIGERIA learnt that four injured people including the nail driven into the head of a villager with cutlass were at the Police headquarters in Asaba.

Reacting to the development, the Commissioner of Police issued a directive to the Divisional Police Officer (DPO) in the area to take all cases of criminality firmly and seriously.

He made this disclosure in the presence of former Minister of State for Education, Olorogun Kenneth Gbagi, who led the Oginibu people and Mr. Andrew Desi, leader of the Oginibo delegation.

The Police boss admonished the Special Adviser to Governor Ifeanyi Okowa on Peace Building and Conflict Resolution, Chief Edwin Uzor, who attended the meeting, to meet with the warring parties and come out with the way forward.

“The state government should take charge, all cases of criminality should be reported to the Police, the Divisional Police Officer should open case files for all the cases and handover to the headquarters the ones that cannot be treated at the divisional level. The issue of Oginibu or Oginibo should not lead to a crisis in the community, “he said.

Adeleke Adeyinka requested leaders of the community to issue stern warnings to their followers to maintain peace and orderliness because if one is found violent, he will be arrested and prosecuted according to the laws.

Adeyinka also warned that if the people refused to maintain peace and continue to cause a crisis, the police would not hesitate to impose a curfew on the town.

While reacting to the incident, the former Minister of State Education, Olorogun Gbagi told the Commissioner that some people sponsored hoodlums to attack members of community executive on Sunday in their bid to hijack the community’s leadership after allegedly selling the community’s land.

“They invaded the Baptist Church on Sunday where they attacked a member of the executive and went to the homes of some of the executive members to machete them. One of them was shot earlier and they reported to the police,” he alleged.

Meanwhile, the leader of Oginibo delegation denied that anybody sold the community’s land, said the change of the community’s name from Oginibo to Oginibu by Gbagi and some persons was the root cause of the current crisis bedeviling the community.

While Gbagi maintained name change was not the issue, but criminality and that in any case, the entire community resolved to change the name from Oginibo to Oginibo, Desi vehemently disputed the claim.

According to reports made available, an elder from the community said at the meeting that change of name was authorized by the people, while some suggested that both sides should wait for the community’s annual conference between December 25-26th to table their demands.

Chief Uzor assured that the state government, which was already aware of the crisis, will visit the community on Monday to meet with the parties and head of the community to resolve the dispute.