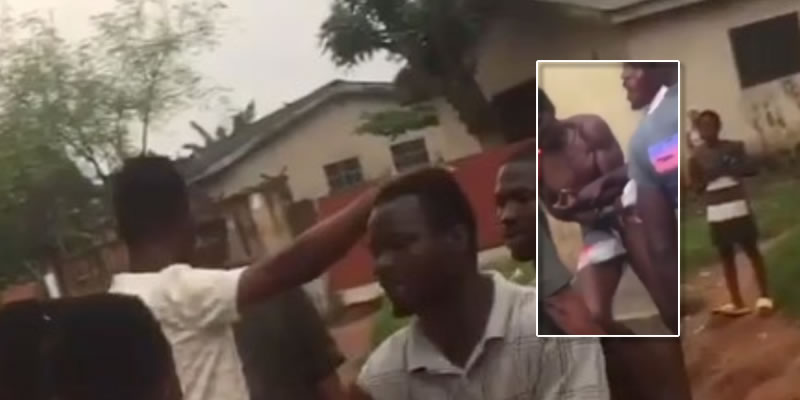 Lucky ran out of a man who was seriously beaten and filmed by his friend for allegedly returning home to meet him almost naked with his girlfriend and the video of the incident has surfaced online.

WITHIN NIGERIA gathered that the incident occured at Idi-Osan Area of Matogun, Ogun state.

It was a showers of beating for the man as revealed in the video as he was dragged out almost naked and started receiving series of punches while people who witnessed the incident try to appeal to the boyfriend of the lady in question.

As at the time of filing this report, we could not ascertain if he caught them red handed but the boyfriend is seen yelling in the video that the friend has pulled off his cloth in the video.

Man returns home to meet his friend half-naked with only his girlfriend around; drags him out at Idiosan, Matogun, #OgunState

A supporter of the former Governor of Edo state and National Chairman of All Progressives Congress (APC), Adams Oshiomhole has uploaded a video that depicts what truly transpired at the residence of Adams Oshiomhole and described it as a clash of supporters.