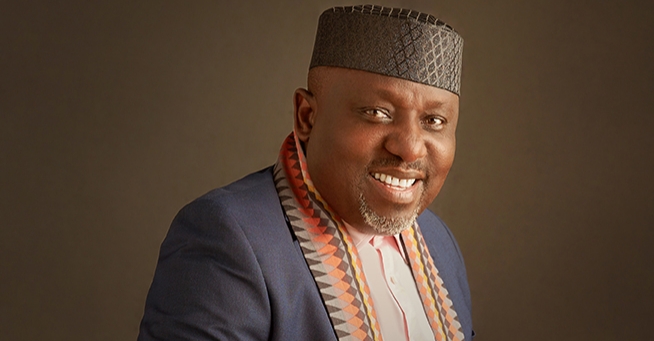 The election of former Governor of Imo State, Rochas Okorocha as Senator representing Imo West Senatorial District has been upheld on Thursday by Appeal Court sitting in Owerri.

WITHIN NIGERIA learnt that the judgment of the ruling was read in a tension-soaked courtroom by the Chairman of the Appeal Court panel, R.A Ada who dismissed the appeals filed by Senator Osita Izunaso of the All Progressives Grand Alliance (APGA) and Jones Onyereri of the Peoples Democratic Party (PDP) against Okorocha’s election.

The Chairman of the panel said the judgement of the tribunal, which upheld Okorocha’s election was in order and their appeals lacked merit.

The panel chairman said that the petitioners could not prove their allegations of violence, over-voting, mutilation of electoral results and hijacking of electoral officers against the respondent.

You were never an Imo governorship candidate – Supreme Court to…

He said the petitioners could not prove the allegation of ‘duress’ as alleged by the returning officer of the election.

Okorocha had on February 23 defeated Onyereri and Izunaso but the returning officer alleged that he declared Okorocha winner under duress.

Wizkid shares video of his son Zion dancing the ‘Soapy dance’, says he is a Marlian

You were never an Imo governorship candidate – Supreme Court to…

Arrest order, an open invitation to anarchy in the state, Okorocha replies Governor…

“We will criminalise anybody who takes the Imo State property — Ihedioha

I will involve security agencies in probing past leaders, says Ihedioha

Police arrest armed robbers for killing a couple before their children