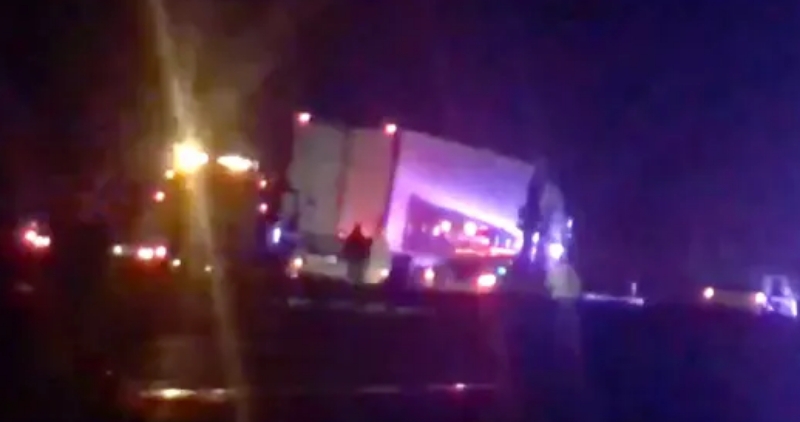 Days after fifteen (15) people were found alive in the back of a truck in Wiltshire, England, a 50+ year-old man has been arrested on suspicion of assisting with illegal entry.

WITHIN NIGERIA learnt that the fifteen immigrants were found in the back the lorry following reports of suspicious activity involving the vehicle.

According to reports, Wiltshire police said they closed the A350 at the Kington Langley crossroads near Chippenham after being called by a member of the public shortly before 8.30pm on Wednesday, November 6. A man in his 50s has been arrested and is in custody in Swindon.

All of the people who were discovered in the lorry are believed to be over the age of 16 and none is thought to be in a serious condition, according to police. One person has been taken to hospital for further checks while the others have been taken into custody.

Teenager dies in hospital days after his sister drowned in sea

A police spokesman said: “We were called by a member of the public shortly before 8.30pm this evening following a report of suspicious activity involving a lorry on the A350 near Chippenham.

“Officers attended the scene and located 15 people in the rear of the vehicle. At this early stage of our investigation, we believe they are all over the age of 16.”

This comes after eight people were arrested earlier this week by Vietnamese police in connection with the 39 migrants found dead in a lorry in Essex. They were held on Sunday on suspicion of organising people smuggling overseas.

The 31 men and eight women who were discovered in the back of the refrigerated truck in Grays, Essex, in October are thought to have been Vietnamese. So far two people have been charged

Teenager dies in hospital days after his sister drowned in sea