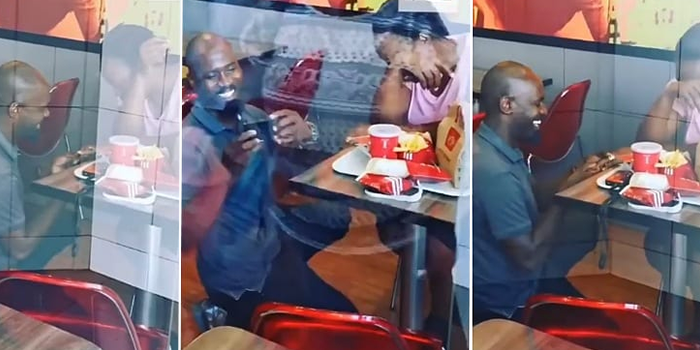 Man who was mocked for proposing at KFC, gets over 300 wedding sponsorship requests (Video)

A South African groom-to-be has received over 300 wedding sponsorship requests from different brands after the video of his proposal to his heartrob at KFC went viral.

Surrounded by red plastic chairs, the young man in a KFC branch in South Africa bent down on one knee and proposed to his lover who was all smiles in the video.

Shortly after the video went viral, a journalist made a tweet mocking the man for proposing at KFC, and tagging him a broke man with absolutely no class.

Days after, the video is still trending and many brands have now decided to sponsor the wedding with whatever they have. As it stands, the couple has more than enough to do a really grand wedding without spending much.

Watch the video of the proposal below;