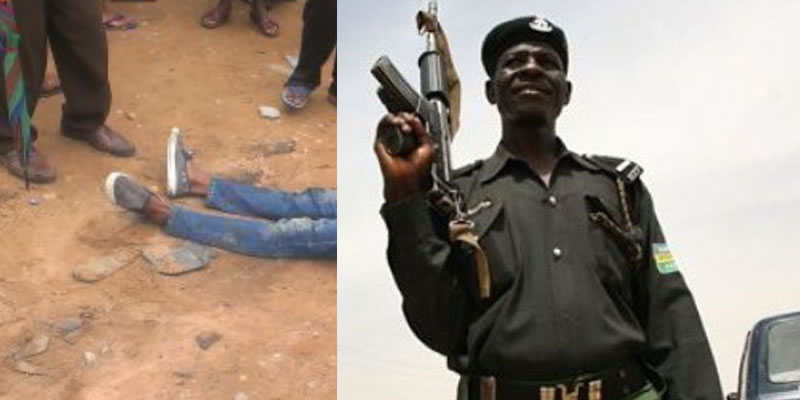 TENSION in Akwa Ibom community as a yet-to-be identified man was allegedly shot dead by a police officer at a wedding ceremony graced by the sitting governor of Akwa Ibom state  Udom Emmanuel.

WITHIN NIGERIA learnt that the incident occured on Thursday, November 7 in Ikot Ukab, Nsit Ubium Local Government Area of the state.

The victim identified as Godwin Thomas was a guest at the said event before he met his death.

While reacting to the sad incident, the Police Spokesperson, Odiko MacDon confirmed the incident but disclosed that the police officer who fired the shot has not been identified yet.

“Our preliminary findings showed that as at the time of the incident, the security personnel from Akwa Ibom Government House had left the area,” Mr MacDon, a superintendent of police, said in the statement.

The police statement said the marriage ceremony was “well attended”, apparently referring to the presence of the governor and other dignitaries at the event.  “There were police personnel from within the state and neighbouring states on escort duties,” the police spokesperson added.

The Akwa Ibom government on Friday said Governor Emmanuel was “deeply saddened” about the killing of Mr Thomas.  A statement from the commissioner for information in the state, Charles Udoh, described the killing as a “tragic event at the end of an otherwise joyous occasion”.  Mr Udoh said it was an “unwarranted loss of an innocent life”.

The commissioner said the governor has directed security agencies to “fish out” and “prosecute” the killers. “While commiserating with the family of the deceased, the governor reiterates his administration’s commitment to the continued protection of lives and property within the boundaries of the state” Udoh said.

I regret getting married to an old man, I pity Regina Daniels – Timmy K MacNicol

Dissolve my marriage or I kill my wife, Nigerian man tells court