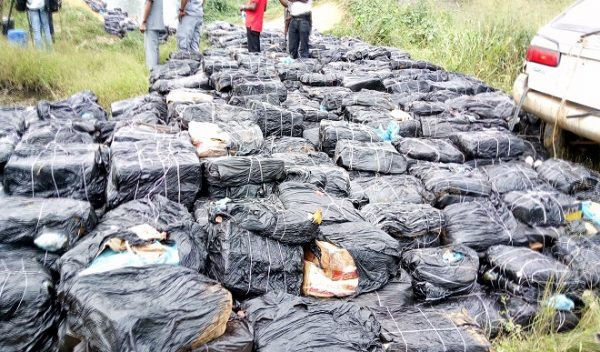 This was disclosed by the Customs Area Comptroller (CAC), Mr Wale Adeniyi while interacting with journalists and further added that one of the consignments was concealed as vegetables while the other consignment was allegedly abandoned by the importer at Gate 13 of the airport.

WITHIN NIGERIA learnt that the first consignment containing meat, chicken, turkey and other frozen foods were discovered on South African Airways on November 10, 2019.

He said, “Though, the Airway Bill described the goods as fresh vegetables, but they were rather frozen foods, which are contraband in the country. It became obvious that the importer through his agents has prepared pre-release documentations purporting the imports to be fresh vegetables with the sole intention to evade the import prohibition order.”

It was further learnt that Wale Adeniyi further disclosed that the second consignment of 104 cartons which had pork meat, beef, and turkey was abandoned inside four dollies close to Gate 13