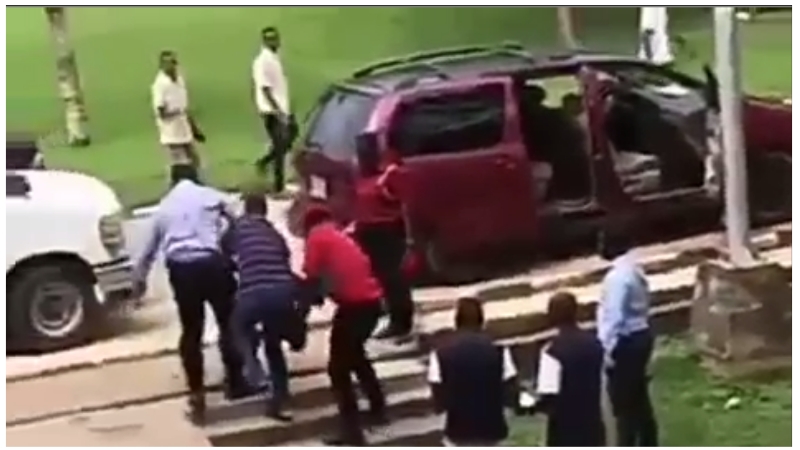 A video of a male student being assaulted by security officers of Afe Babalola University in Ado-Ekiti has surfaced on social media platforms.

According to Twitter users, the student was attacked for leaving a Congress taking place on campus to use the restroom.

In a similar assault story, a female student of Federal University of Technology, Akure who was molested and severely injured by policemen attached to Ondo State Police Command has disclosed that she was assaulted by policemen for turning down their sex proposal.

The victim of attempted rape, Sheba Ogbu explained that the incident happened at about 9:30pm along Oyemekun Road in Akure on Sunday, August 25.