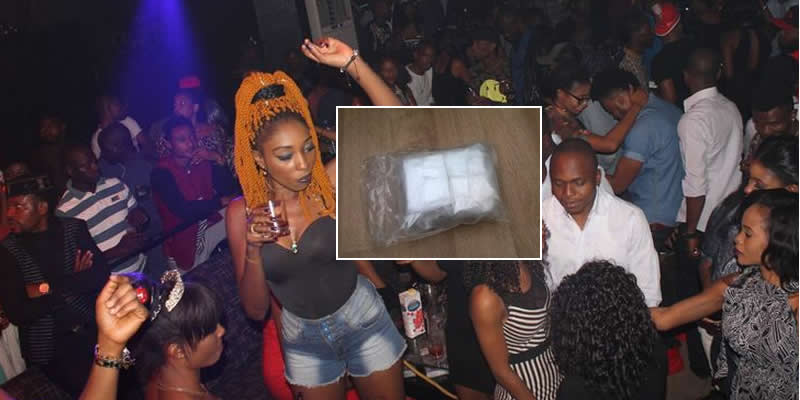 Man nabbed with 60 wraps of cocaine inside Lagos club

WITHIN NIGERIA learnt that the suspect identified as Okafor Collins was nabbed with 60 wraps of cocaine in the early hours of Friday November 22.

While reacting to the development, Commander of the Brigade, Brig. -Gen. Musa Etsu-Ndagi confirmed the incident and paraded the suspect before newsmen.

He said he was arrested by operatives of Crocodile Smile and will be handed over to the National Drug Law Enforcement Agency (NDLEA) for further investigation.

“You will recall that the Chief of Army Staff ( COAS) Lt.- Gen. Tukur Buratai, on Nov. 19 flagged-off Exercise Crocodile Smile.

“The exercise is now yielding result; the suspect was arrested by the Operation Crocodile Smile troop and he confessed to committing the crime.”

“I strongly advise drug dealers to desist from trading in substances of this nature because these are substances that actually exacerbate crime in the society.

“When people take these substances, they become violent and will not know what they are doing anymore.

“All manners of crime including those committed in schools can be linked to those who take hard drugs. So, I advise the public to desist for the sake of the country at large,” he said.

Okafor confessed to the crime and further disclosed that he went into trafficking of illicit drugs due to depression and unemployment. He said he sold each wrap of the drugs for N500 and was making between N10,000 and N15,000 daily depending on the daily demands for the products.

The suspect also revealed he got his supplies from one Okwudilichukwu who lives at 311 Avenue in Festac Town where he was arrested.