A fashion designer, named Joseph Ejiro has alleged that members of the Nigerian Police in Festac kidnapped, beat, tortured, and threatened him with death.

He said he was at Festac on November 21 to make a delivery to a client when he was arrested at about 11am for no reason. He said they demanded to check his phone then pushed him into their van and beat him up when he was reluctant.

According to Ejiro, they drove off with him and, on the way, they threatened to kill him and frame him “with the charge of any crime they deemed fit”. This was after they had searched his phone and found nothing incriminating. He said they placed different objects in his hands and took photos of him holding those objects.

Ejiro said they then demanded that he paid them 500,000 Naira before he will be released. They kept negotiating with him as he begged that he doesn’t have the money. Eventually, he claims they forced him to unlock his mobile bank app with his fingerprint and they transferred 185,000 Naira to a bank account belonging to a certain Ashamo Oluwasola Samuel. They left only 3,500 Naira in his account.

He said they also took the 5,000 Naira cash in his bag, leaving him with only 250 Naira cash. He claims he was eventually released by 7pm after 8 hours.

Read his story below. 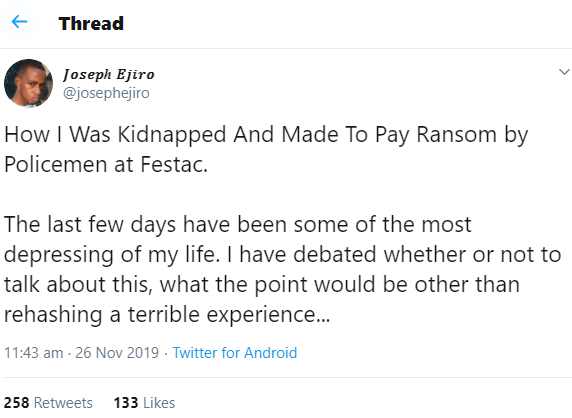 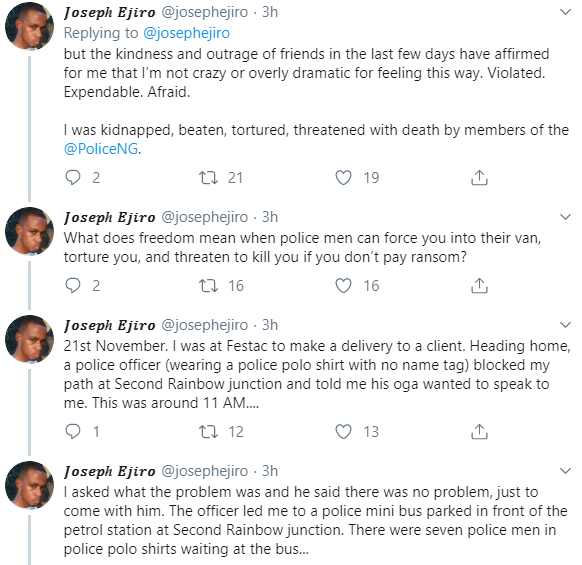 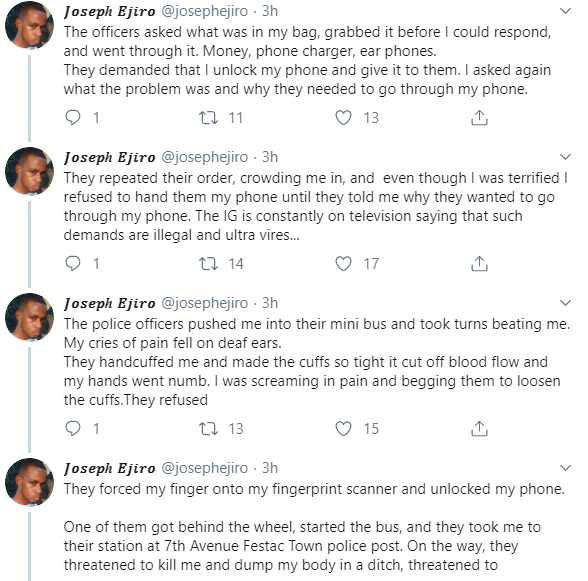 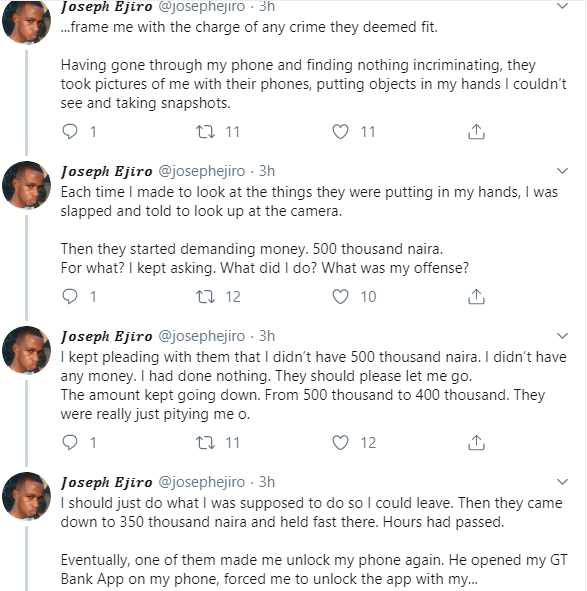 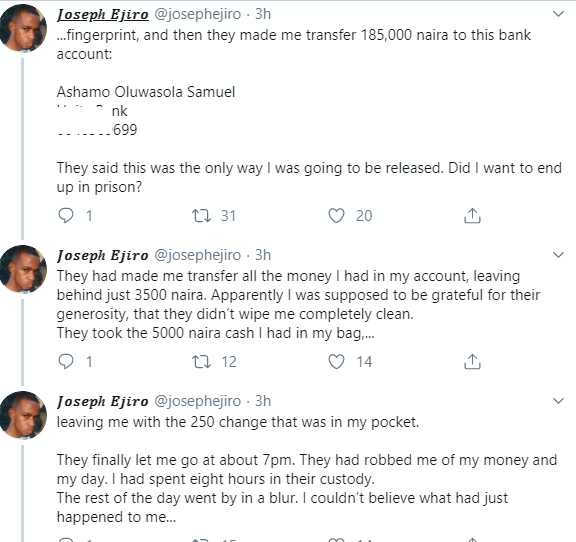 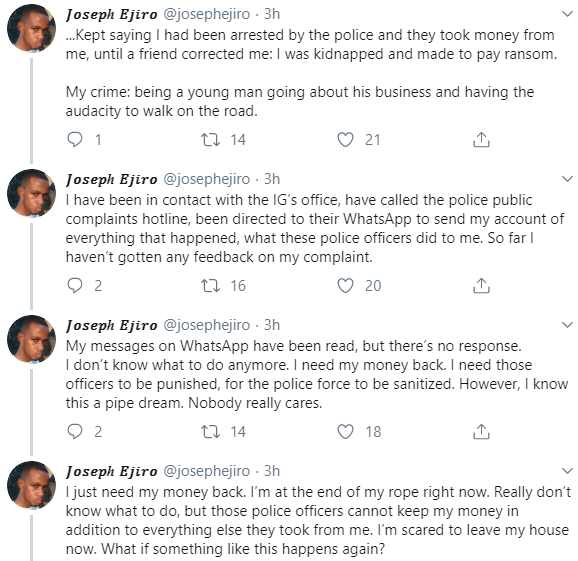 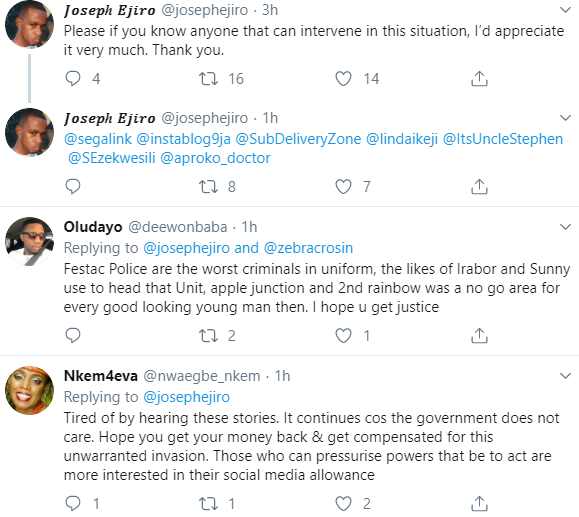