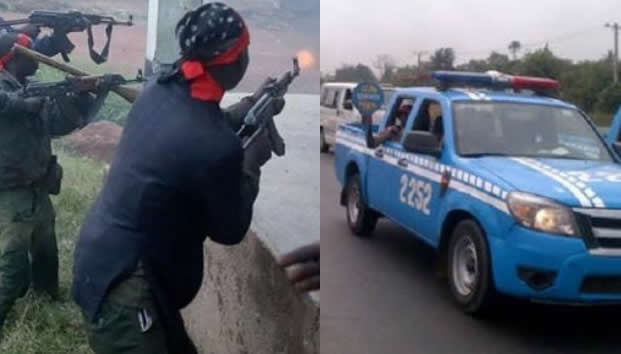 Two Federal Road Safety Corps officers travelling from Abuja to Lagos on an official assignment on Friday are reported to have been attacked, leaving one dead and the other injured.

Officers who were reported to have been travelling in a Toyota Hilux pick-up van with registration number, PILOT 01A when the driver was shot in the head at Oshawa near Lokoja, the Kogi State capital by a faceless gunman.

The Corps Education Officer, Commander Bisi Kazeem, made this known in a statement on Saturday that the incident occurred at about 1:50 p.m. on the Lokoja-Okene Highway.

It said, “The suspected kidnappers, according to the first information report, were said to have opened fire at the sight of the marked vehicle and, unfortunately, shot the driver in the head, killing him instantly.

“The vehicle subsequently lost control and veered off the road. It took hours before the rescue team could locate the vehicle in the bush and evacuate the victims.”

The Corps Marshal, Dr. Boboye Oyeyemi, also expressed his heartfelt sympathy to the family of the bereaved, the entire management and staff of the Corps for the death of the officer.

I will never get married or have children – Actor Olu Michaels

Man narrates how he was allegedly shot, attacked with machete, hammers, sticks by 11…