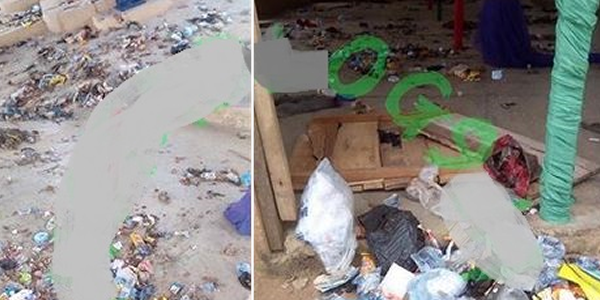 A landlady of a church building has taken an extreme measure to evict her tenant at Igbinoba street, off Akugbe road, Benin, Edo State.

Local reports show that the lady had told the tenant, who is a pastor, to vacate her building after his rent expired in October.

However, the man’s refusal to move out on time prompted the landlady to storm the building with bags of trash and litter everywhere. The dramatic development has caused quite some stir in the area as the pastor was nowhere to be found at the time of this report.

In related news,  landlady allegedly scalded her tenant over unpaid power bill. According to Lizzy Ekpe, the unpaid NEPA bill amounts to only 370 Naira. But the paltry sum did not stop the landlady from inflicting injury on the lady’s head and neck.