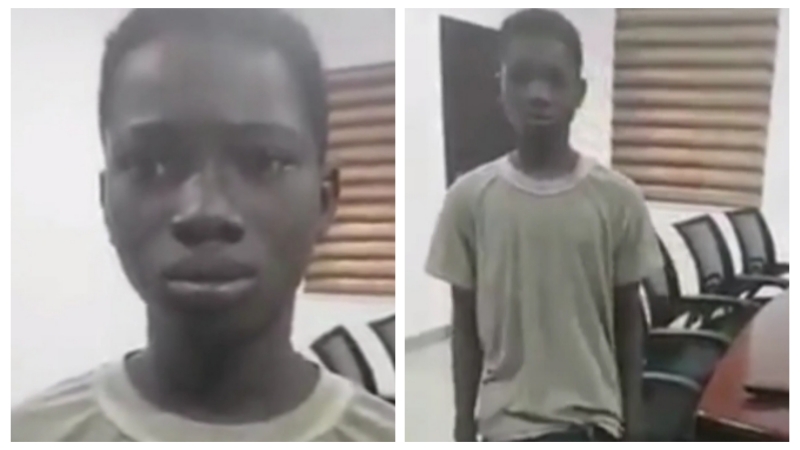 VIDEO: Sad tale of a 13-year-old young lad who was lobbied into cultism in Lagos

Several tales of young boys who were lobbied to join cult groups purposely to boost their morales have dominated our media space and these victims are products of broken homes whose battles for survival require extra-energies and vigour to earn a living.

A video of a 13-year-old young lad identified as Muri Amidu, a native of Ibadan and product of parents separation who was lobbied into cultism barely two months he arrived Lagos has surfaced on the internet.

The 13-year-old boy was arrested in Oshodi alongside tens of other members of Omije, a cultist group in Lagos.

Muri disclosed that he was unknowingly initiated by members of this cult group.

While narrating his ordeal, Muri disclosed that he left Ibadan as a result of the maltreatment he received from her father’s new wife after his mother and father divorced.

My father is an Alfa and my mother sells cream in Ibadan. I left home to stay in a public place in Ibadan before I met someone who told me that he works in Oshodi but he later took me to Osohodi, he said.

Muri revealed that he dropped out of school when he was in primary 6 and was an apprentice of a glass works before he left there.

Muri whose father’s name is Amidu Alao disclosed that he started smoking marijuana, Indian hemp and SK when he reached Lagos.

When asked what Government can do for him, he sheepishly said, they should release me and I will go back to my work.