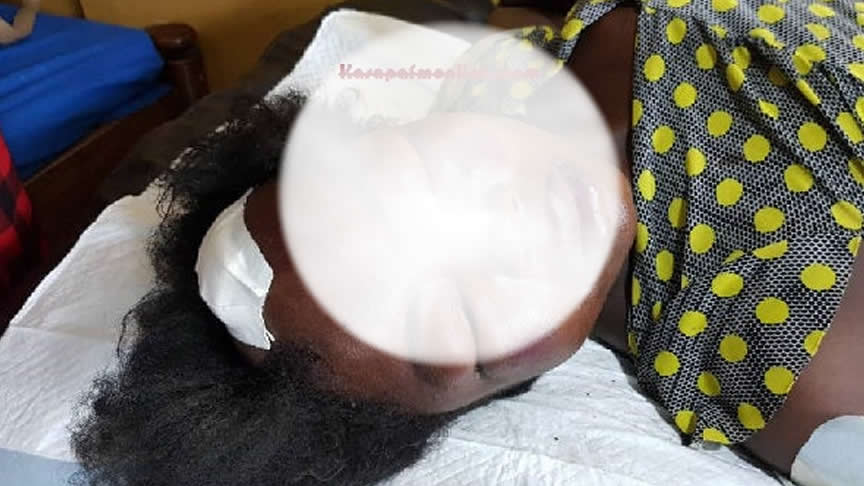 A Ghanaian, Kofi Bandoli, 35, has been arrested by the Police after he brutally beat his wife into a state of coma because he caught her having sex with another man on their matrimonial bed in Awutu Bereku district, Ghana

Sources disclosed that trouble started afer the man went to work and tried to call his wife who was at home for some information but tried several times and couldn’t reach her. He then decided to go home and see whether something had happened to her because this was unusual.

And when he got home, the man heard the sounds of someone moaning in the bedroom. He was in a state of denial, as he was sure his wife will never cheat on him, so the curious side of him pushed him to open the door little bit and peep in, only to find his wife on their matrimonial bed sweating profusely while having sex with her lover.

Incensed by what he saw and feeling jealous, Kofi Bandoli pounced on his wife and beat the hell out of her until she fell into a state of coma. Her lover sensing danger ran for his life.

Some residents also angered by his assault on his wife, also rushed on the suspect and beat him. Both of them are receiving treatment at Awutu Breku Hospital.

The police have indicated that they will arraign Kofi Bandoli before court after receiving treatment.