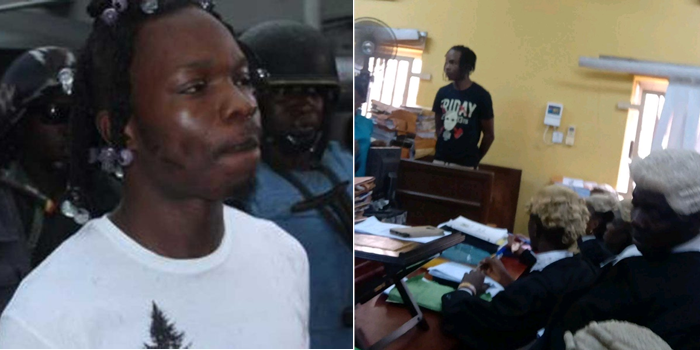 The court trial of Naira Marley who was docked over alleged criminal conspiracy and credit card fraud will be re-arraigned by the Economic and Financial Crimes Commission on February 27, 2020.

During his resumed sitting on Thursday December 12, the first prosecution witness identified as Dalhatu Buhari was cross-examined by his counsel Olalekan Ojo (SAN).

Upon being cross-examined, Dalhatu stated that he doesn’t need a password to access the defendant’s computer by the standards of his training and that cyber security training was available to anyone.

When asked if any expert in cybersecurity could access a computer and do what he likes on it in relation to the credit card details that were allegedly found on the defendant’s computer, he said;

“ It is not possible for just any expert in cyber security to access a computer and do anything he likes on it.

Buhari also told the court that his analysis only recovered card details that were allegedly found on Naira Marley’s laptop even though he couldn’t get the date of registration of the administration of the account “because it is exclusive to the Apple Operating System and is only accessible to the company.”

EFCC’s statement added that their witness concluded his testimony by affirming that only the investigator could determine if the cards were fraudulently used.